World Wrestling Entertainment (WWE) is not only responsible for some of the highest rated programming on cable television each week, it’s also responsible for some of the most effect mobile and social marketing strategies we’ve ever seen. Not surprisingly, WWE never misses an opportunity to expand its presence in mobile. Consequently, WWE’s official app for …   Read More 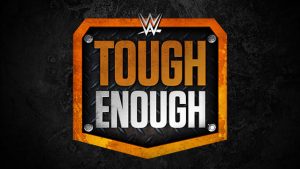 Not surprisingly, WWE never misses an opportunity to expand its presence in mobile.

Consequently, WWE’s official app for the much-anticipated reality show WWE Tough Enough on USA Network will provide “an unprecedented fan experience before, during and after the show, and is now available for free download on iOS and Android devices.”

WWE Tough Enough, hosted by WWE Superstar Chris Jericho, premieres on Tuesday, June 23 at 8/7c on USA Network and around the world.

We’re told that the WWE Tough Enough App will enable fans to vote for who stays and who goes with results calculated in real-time during the final minutes of each episode.