The Network Advertising Initiative (NAI) today announced that William R. D. “Will” Carty will join NAI on October 16 as Vice President for Public Policy. In this role, he will help lead NAI’s strategic direction and growth by advancing the organization’s public policy agenda, both... 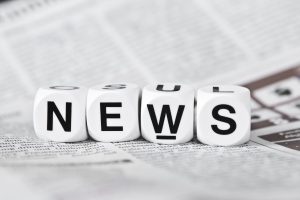 In this role, he will help lead NAI’s strategic direction and growth by advancing the organization’s public policy agenda, both in the U.S. and internationally, and develop outreach and educational efforts to forward NAI’s critical mission and role in the digital advertising industry.

Carty joins NAI from Twitter where he worked for five years as Director of Public Policy for the U.S. and Canada. In this position, Carty worked with Members of Congress on both sides of the aisle as well as all relevant federal agencies on legislative and regulatory matters impacting the technology community.

“One of the chief missions of NAI is to educate policymakers about developments in the digital advertising ecosystem,” said NAI President and CEO Leigh Freund. “Will has unique experience in working collaboratively with legislators and regulators to protect consumer privacy while helping digital businesses thrive. He will be a tremendous asset to NAI members and to the self-regulatory community.”

Carty also brings more than a decade of experience in public service in the U.S. Congress, first as a staff member on the House Energy and Commerce Committee and, later, as the Policy Director for the Senate Committee on Commerce, Science, and Transportation. In both positions, he played a key role in the development and passage of legislation on a wide range of issues impacting the digital advertising sector including privacy, technology, telecommunications, cybersecurity, data security, public safety, energy, and healthcare.

“NAI has a reputation for hiring the best in the business when it comes to technology policy,” Leigh continued. “Will carries on that tradition, bringing both a native understanding of digital technology and in an in-depth knowledge of how Washington works. We are thrilled to welcome him to our team.”

OPINION: The Future of Influencer Marketing with AI: No Bots and Better Data
Next