Businesses that want potential customers to linger longer on their websites have an easy tool for making that happen – video. It turns out, giving website visitors text to read or photos to look at isn’t enough to keep them engaged. But add a video and they’ll hang around, on average, an extra two minutes. …   Read More 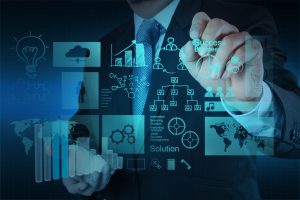 Businesses that want potential customers to linger longer on their websites have an easy tool for making that happen – video.

It turns out, giving website visitors text to read or photos to look at isn’t enough to keep them engaged. But add a video and they’ll hang around, on average, an extra two minutes.

“That’s time they are spending with you and not with your competitors,” says V. Michael Santoro, one of the developers of Vaetas, an online video-marketing syndication network. “The longer they stay with you, the greater odds are they will make a buying decision you’ll like.”

Of course, many companies have incorporated videos into their websites for years because they already understood the advantage. For one thing, web pages with video are more likely to rank on the first page of Google searches, according to Forrester Research.

But even businesses already using videos may not realize how effective they can be, says John S. Rizzo, Santoro’s co-developer for Vaetas.

“Everyone has heard the saying a picture is worth 1,000 words,” Rizzo says. “Well, Dr. James McQuivey of Forrester Research suggests a one-minute video is worth 1.8 million words.”

Here’s how McQuivey arrived at that figure. Many videos contain 30 frames per second. If each frame is worth 1,000 words, you have 30,000 words a second. Multiply by 60 seconds and it’s 1.8 million words.

Regardless of whether McQuivey’s estimate represents a true measure, it’s obvious that small and medium-sized businesses need to embrace video in their digital-marketing campaigns the way larger corporations do, Santoro and Rizzo say.

Research verifies the difference video can make. For example:

• Email marketing. When marketers include a video in an email, the click-through rate increases 200 to 300 percent, Forrester Research reports. Put the word “video” in the subject line and open rates are boosted 19 percent.
• Mobile devices. Online video accounts for 50 percent of all mobile traffic, and that figure is growing. A study by technology company Cisco reports that by 2020, 75 percent of mobile traffic will be video.
• Customer activity. Video significantly influences purchase decisions. For example, 64 percent of consumers are more likely to buy a product after watching a video, according to comScore Inc., a company that measures consumer behavior. Also, 71 percent of consumers surveyed by Animoto, an online video maker, said watching a corporate video left them with a positive impression.

“Video has gotten easier to create and use, which is probably why it’s become so much a part of our society,” Santoro says. “If businesses don’t take advantage, they miss out on a chance to increase sales and be even more successful in the marketplace.”

MMA Webinar Series: Do You Know How to Leverage the Power of Mobile Video to Engage Customers?
Previous