Apple on Tuesday announced financial results for its fiscal 2016 second quarter. And Wall Street punished Apple by selling the stock in after-hours trading. The company posted quarterly revenue of $50.6 billion and quarterly net income of $10.5 billion. These results compare to revenue of $58 billion and net income of $13.6 billion in the …   Read More 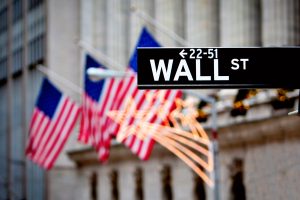 Apple on Tuesday announced financial results for its fiscal 2016 second quarter. And Wall Street punished Apple by selling the stock in after-hours trading.

Gross margin was 39.4 percent compared to 40.8 percent in the year-ago quarter.
Apple’s “dazzling 13-year run of quarterly revenue growth ended on Tuesday — a casualty of Apple’s already immense size, weakness in key global markets like China and the lack of another hot product to pry open the wallets of customers,” says Vindu Goel of The New York Times.

All told, international sales accounted for 67 percent of the quarter’s revenue.

“Our team executed extremely well in the face of strong macroeconomic headwinds,” said Tim Cook, Apple’s CEO. “We are very happy with the continued strong growth in revenue from Services, thanks to the incredible strength of the Apple ecosystem and our growing base of over one billion active devices.”

LPWA IoT on a Path to Grow Rapidly
Next