According to a new report from VRJournal, VideoAmp and Immersv have just teamed up for a development that could boost the reach of virtual reality. VideoAmp is a Video platform for the TV and Video ecosystem; its partner Immersv is a leading virtual reality (VR)... 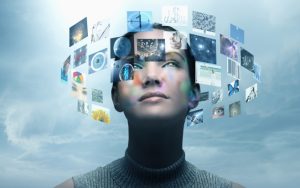 According to a new report from VRJournal, VideoAmp and Immersv have just teamed up for a development that could boost the reach of virtual reality.

“Under the terms of the partnership, VideoAmp will be able to provide access to 360 video inventory in VR headsets, and run highly targeted and high-quality traffic on the Immersv mobile VR advertising platform,” reads a joint statement.

The companies hosted a demonstration of VideoAmp and Immersv’s cross-screen VR advertising platform at the recent 2017 Consumer Electronics Show in Las Vegas.

“The goal of this partnership is to bring VR executions into the fold with other Video campaigns, doing so in an automated method that would allow for sequencing creative,” explained Jay Prasad, the Chief Business Officer at VideoAmp. “Advertisers could promote an upcoming product in a VR unit, then have a follow up on regular mobile with a call to action, all this in one buying platform.”

That streamlining — in tandem with virtual reality — could do much to being VR into the everyday experiences of consumers.

“VideoAmp’s user graph is a key differentiator from other video platforms as it makes it simple for media buyers to optimize TV and digital campaigns at scale by leveraging precise targeting in one platform,” notes the statement. “VideoAmp’s platform connects households and devices to viewing behavior enabling advertisers to plan, buy, package, and measure the success of de-duplicated and precisely targeted campaigns that reach broadcast TV, VOD, OTT, desktop, and mobile audiences.”

Immersv was built for this mission, the company proclaims, as it offers consumers an opportunity to discover great VR apps and entertainment while enabling VR developers to drive both distribution and monetization for their content.

This is something we’ll all be hearing more about in the coming year. In fact, a September, 2016 Interactive Advertising Bureau report entitled “Is Virtual the New Reality?: A Market Snapshot of VR Publishing and Monetization” concluded that VR will emerge as the next big thing in digital advertising, citing opportunities for immersive storytelling, shopping, and product demos and the power to stir emotions in a new way as some of VR’s major strengths.