Opinion: Trump and Clinton Need to Be As Pushy In-App as on the Campaign Trail

The following is a guest contributed post from Joyce Solano, VP of Marketing at Leanplum. Back in 2008, Obama made headlines for sparking the excitement of young voters, by moving presidential elections into the social media sphere in an unprecedented way. Fast forward to today’s... 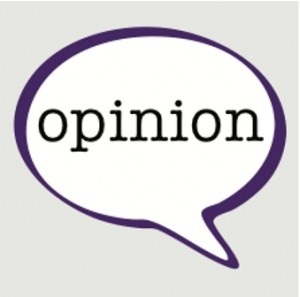 The following is a guest contributed post from Joyce Solano, VP of Marketing at Leanplum.

Back in 2008, Obama made headlines for sparking the excitement of young voters, by moving presidential elections into the social media sphere in an unprecedented way. Fast forward to today’s presidential election, and campaign teams have realized that mobile communication is the best medium to reach their following.

While text messaging is a great way to reach a wide audience, it’s also regulated for consumer protection and illegal to spam people via text messages without their consent. These rules apply to non-profits, politicians, and businesses alike.

Our presidential candidates aren’t brazenly breaking the law, but they are toeing the line. Back in April, the Bernie Sanders campaign used messaging app Hustle to send mass texts to voters. Technically, Hustle campaigns aren’t classified as spam: each message is sent only to the recipient, not to a large contact list, like in a traditional blast campaign. Still, the message content is often identical, so the end result is the same.

Bernie isn’t the only candidate to embrace technology to skirt SMS restrictions. Hot on the heels of Hustle’s success, Hillary Clinton’s campaign team designed an in-house equivalent called Megaphone. The app offers much of the same functionality as Hustle, allowing the campaign team to blast texts to wide audiences, while following up to replies one-on-one. Crucially, the app enables campaigners to purchase mobile contact data and send text messages en masse, in the fashion of email spam and telemarketing.

Unsolicited marketing rarely goes over well with consumers. Hustle and Megaphone may have yielded results short-term, but users will eventually grow tired of SMS spam. There’s only one mobile messaging channel that can go toe-to-toe with SMS: push notifications.

Push Notifications: The Secret Weapon of a Politician’s Campaign

Let’s start with the basics: what’s the difference between a text message and a push notification?

Push notifications offer the same basic benefits as text messaging. They are immediate, personal, and consumers aren’t desensitized to them. You can’t carry out a conversation through push, but you can deep link to a native app that supports messaging. Most importantly, push notifications aren’t spam — users must opt in before campaigners can reach them. Those who opt-in tell candidates they want to learn more about their platform — they want to be involved in the campaign.

Some politicians have already invested in the native app experience. Consider Rand Paul’s app, which consolidates platform details with a gamified design. Users gain experience points by supporting the campaign in various ways, like inviting friends or making a donation. The app also features the senator’s social feeds and local event listings.

Ted Cruz offers similar functionality in his app, such as gamified engagement and an easy-to-access newsfeed. It further encourages community involvement by rewarding active forum posters with badges and in-app points, which can be redeemed for physical rewards like bumper stickers.

These two apps can potentially beat SMS at its own game. Text messaging is a standalone channel that’s dependent on any number of regulations, middleware, and regional restrictions. Push notifications, on the other hand, flow seamlessly into the in-app experience, promoting deeper engagement compared to an indiscriminate blast.

In addition to sidestepping accusations of spam, push notifications offer one major advantage over texts: personalization. While messaging blast apps like Hustle allow users to substitute customized attributes like names and dates, these attempts at personalization are superficial. A templated message still feels like a templated message, even if the sender knows your first name.

Push notifications are instead powered by mobile app analytics. A good analytics platform will let you track customized in-app events, such as sending an invite or RSVPing to a rally, and use them to power your messaging. You can then segment users into intricate groups based on rich data, such as events completed, personal attributes, and even geo-location. In-app analytics like this allow a greater degree of personalization than text message blasts synced with superficial voter data.

So how can the two major party candidates leverage these lessons to win the election?

In addition to her text messaging efforts, Hillary currently maintains a mobile app, but its reception has been lukewarm at best. Her app, Hillary 2016, suffers from poor App Store Optimization, failing to come up on the first page of the Google Play Store. Trump’s app, America First, similarly suffers from poor app store visibility, losing to imitators and parodies in the page rankings.

In both cases, the in-app content features much of the gamification present in Rand Paul and Ted Cruz’s apps. However, the second most helpful App Store review for Hillary 2016 expresses disappointment at the app’s lack of content, as shown above. It lacks features like daily updates, speech clips, and platform details. So despite supporting the candidate, some fans are still walking away unimpressed.

Data shows that Hillary is having a difficult time engaging young voters in the same numbers the Obama campaign did. For her to win the technology race, she should communicate with voters, young and old, in a style they’re used to today, namely push notifications.

The Future of Politics & Mobile

If the current state of mobile marketing is any indication, the native app is the way of the future. Push notifications have proven to increase app retention in the long run, and mobile apps occupy the vast majority of our browsing time, compared to mobile web. SMS blasts may suffice for now, but it won’t be long before they go the way of the spam email.

In that sense, the 2016 presidential race offers plenty examples of how not to do mobile marketing. Once users get fed up of unsolicited texts, I suspect we’ll see campaign teams shift over to native mobile apps to power non-intrusive messaging that inspires meaningful engagement.

IDC Sees the Dawn of the DX Economy
Previous