The Promises and Challenges of the $4 Smartphone for Developing Markets

The following is a guest contributed post from Kostas Kastanis, Head of Strategy at Upstream. A little known Indian company called Ringing Bells recently created media shockwaves when it announced that it was releasing the Freedom 251, the world’s cheapest smartphone for only 251 Indian Rupees, the equivalent of $4. The allure of an ultra-affordable …   Read More 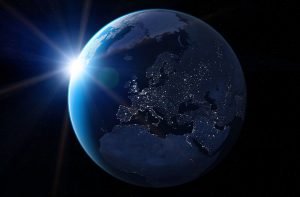 The following is a guest contributed post from Kostas Kastanis, Head of Strategy at Upstream.

A little known Indian company called Ringing Bells recently created media shockwaves when it announced that it was releasing the Freedom 251, the world’s cheapest smartphone for only 251 Indian Rupees, the equivalent of $4. The allure of an ultra-affordable smartphone is especially groundbreaking in India where smartphone adoption grew 44 percent between 2014 and 2015. IDC expects India to overtake the United States as the second largest smartphone market globally and a phone at this price point is bound to increase adopters. An affordable smartphone in this market has the potential to accelerate the mobile ecosystem, an impressive feat that also faces some challenges. Below we’ve taken a deeper look into the benefits that the $4 smartphone has to offer, together with certain of the challenges it faces, and how it may make a major impact in emerging markets.

What the Freedom 251 Has Going For It

The extremely low price is the main appeal of the Freedom 251. At the moment, the least expensive smartphones in the Indian market are priced between Rs. 1,500 and Rs. 2,000 ($22 and $29), while the iPhone 6 Plus price at launch was at Rs. 62,000 ($908). Brands need to consider that low price points are particularly important where smartphone adoption is concerned in growth regions, since consumers in these regions have less spending money, with the majority of their funds being allocated towards basic needs.  GDP per capita in India, for example, stands at $1,581.5, which is 97 percent lower than that in the US, which stands at $54,629.50.

Beyond the price point, the Freedom 251 has quite a bit going for it. While it’s no iPhone competitor, the Freedom 251 has functions that are desirable for consumers in emerging markets, such as India, who may be transitioning from a feature phone. According to GSMA, non-smartphones account for 75 percent of the mobile phone market, so the Freedom 251 would be a significant upgrade for millions of users. A vast majority of Indian consumers are not looking for the latest and greatest smartphone that will cost them a month’s wage, but a functioning connected mobile device.

Overall, the Freedom 251 is considered to be a value-for-money device aiming to undercut the domestic competition in India, whilst bolstering comparable specifications to advanced smartphones. It features 3G capabilities, a 1.3Ghz quadcore processor, 1GB RAM, 8GB of internal storage and a 1450 mAh battery.

What is Holding the Freedom 251 Back?

A major issue that transcends the Freedom 251 is the issue of bandwidth quality and technological infrastructure in emerging markets, such as India. While an inexpensive mobile phone helps people obtain a smartphone device, to fully realize its capabilities and enjoy all it has to offer, consumers need to be able to afford data consumption charges as well as to have an internet connection of adequate quality so as to be able to receive and consume digital services without interruptions.

A majority of mobile users in India cite high costs as a major reason for which they are not adopting wireless internet – an important pain point for smartphone companies to keep in mind. For example, to enjoy certain digital services with rich media, consumers need to spend a considerable amount on data provided by mobile operators. Internet users in emerging markets tend to access the web via mobile connections (mobile modem or 3G) rather than Wi-Fi. Specifically, in India, fixed Wifi accounted for 41% of total IP traffic in 2014, with predictions to drop to 36% by 2019. That said, it becomes clear that consumers would be able to use digital services on inexpensive smartphones if they were offered, for example, a lite app version, or with reduced data charges.

Further, Freedom 251 has a rather low internal memory and RAM capability, when compared to more advanced smartphones. This is likely to result in consumers not having an optimal experience with native apps that tend to consume a lot of RAM or require to be stored locally on the device. As such, brands offering digital services need to realize that such inexpensive phones, though they are labeled as a “smartphone”, do not have the extended capabilities of flagship devices. To reach consumers in emerging markets, brands need to be conscious of accessibility issues, and the fact that perhaps accessing digital services via the web through HTML5 mobisites, as opposed to via apps, is more suitable.

Another key issue relates to connectivity limitations, since the speed and quality of Internet connections in emerging markets are often slow. India has the slowest average Internet connection speed in the Asia-Pacific region. Recognizing this issue, Facebook initiated the Free Basics program to enhance connectivity in emerging markets, however India’s Telecom Regulatory Authority banned the service this past February. The issue of bandwidth quality and price will remain a relevant challenge for digital service providers trying to reach the next 3 billion consumers in emerging markets. For users to tap into the full functionality of a smartphone without frustrating interruptions, it is vital for digital services to be provided in a way that help overcome the technology limitations existing in emerging markets, such as low bandwidth and limited device compatibility.

To make this more plausible, companies in the mobile ecosystem, including mobile operators and digital giants, should consider additional initiatives in high-growth markets like India to increase connectivity and act as facilitators that introduce consumers to a larger ecosystem of apps and content delivery platforms. Google, whose products rely on users having access to the Internet, is funding and developing initiatives such as Project Loon to increase worldwide connectivity, especially in emerging markets.

The Freedom 251 serves as an important lesson in what smartphones need to overcome to ultimately be successful in high-growth markets. Within the next two years, the mobile industry is set to develop rapidly and smartphone companies need to carefully position themselves.

While incredibly low prices are bound to draw attention, and enable Indian consumers to adopt digitally connected smartphones, the issues of affordability, with respect to cost of data, and accessibility, as it relates to mobile technology infrastructure, will determine the extent to which smartphone adoption will take off in high-growth markets.