SnApp, a developer of mobile applications for real estate agents, is tearing it up these days. In one spectacular feat, SnApp successfully built 1,000 mobile apps in one day using its mobile development platform. “SnApp has built a platform that enables mass-development, deployment and update automation, and a host of other features,” according to a …   Read More 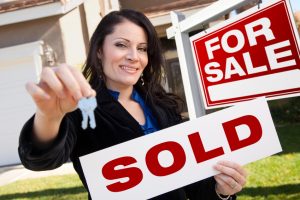 SnApp, a developer of mobile applications for real estate agents, is tearing it up these days.

“SnApp has built a platform that enables mass-development, deployment and update automation, and a host of other features,” according to a statement shared with MMW. “Small to medium sized businesses sign up to have their app created, and then pay for any number of customizations. There is a setup and monthly fee based on the type of app and features utilized. SnApp also develops fully custom apps from the ground up, starting at the MVP stage up to enterprise level solutions.”

SnApp has recently begun signing up resellers, in the form of other real estate technology startups, as well as some well known brands, who license the SnApp mobile app development platform, and sell it to their customers.

“The company recently picked up a major reseller in the real estate technology sector, who needed 1,000 mobile apps built for its customers,” according to the statement. “The list was imported into the platform, including all of the information necessary for MLS integration, agent’s information, and all details required to make their apps function. The platform has built the apps flawlessly in iPhone and Android format, and is currently being deployed for download.”

SnApp is an independently operated startup started by founders CEO Colin O’Brien and CTO Charles Zivko. It “fundamentally helps customers to prove the need for additional development, in the form of traceable milestones, to prevent “over-developing” too early in the process.”

“A significant portion of your early-stage development budget can be exhausted prematurely, with unproven features, if you let assumptions guide your development schedule,” advised O’Brien. “We prefer to understand the playing field and to provide clear logic to support the cost of additional development. That balance falls somewhere between being aware that your customers or users may eventually want new features, and waiting until you are bursting at the seams, or until you can’t afford not to make that (now crucial and urgent) update.”