Smaato, a global real-time advertising platform for mobile publishers and app developers, announced that the company delivered record advertising impressions in Q4 2017, posting a 60% increase over Q4 2016. The results were published in Smaato’s Q4 2017 Global Trends in Mobile Advertising Report, which... 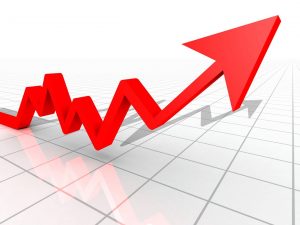 The results were published in Smaato’s Q4 2017 Global Trends in Mobile Advertising Report, which offers key insights into the worldwide mobile programmatic advertising landscape based on in-depth analysis of the quarter’s ad impressions on the Smaato platform.

“Mobile advertising is growing extremely fast worldwide, especially in high-value categories including video and targeted in-app content,” said Arndt Groth, President of Smaato. “Smaato as a platform has experienced a substantial increase in both volume and pricing, a trend we expect to continue as we expand into other markets and create innovative new products for buyers and sellers.”

The report also notes that Smaato delivered 87% ad spending growth in the Americas and 61% growth in EMEA, the two regions with the highest increases. In 2017, the company also observed several massive growth factors that have changed mobile advertising significantly in the past few years — namely, significant growth from mobile video and in-app advertising.

mHealth News: The Headlines You Might Have Missed
Previous