New data from the International Data Corporation (IDC) Worldwide Quarterly Mobile Phone Tracker shows that global smartphone shipments were strong once again last quarter. With vendors shipping 337.2 million smartphones worldwide in the second quarter of 2015 (2Q15), that represents an 11.6% bounce from the 302.1 million units shipped in 2Q14. “The overall growth of …   Read More 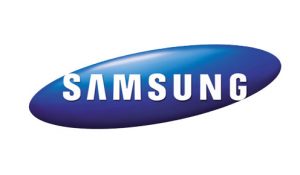 “The overall growth of the smartphone market was not only driven by the success of premium flagship devices from Samsung, Apple, and others, but more importantly by the abundance of affordable handsets that continue to drive shipments in many key markets,” says Anthony Scarsella, Research Manager with IDC’s Mobile Phone team.
Although Samsung’s actually shed some market share in terms of smartphones shipped last quarter on a year-over-year basis, the consumer electronics giant is still king of the smartphone jungle.

“Samsung remained the leader in the worldwide smartphone market but was the only company among the top five to see its shipment volume decline year over year,” IDC reports. “The new Galaxy S6 and S6 edge arrived with mixed results as a limited supply of the edge models did not keep pace with the demand for the new curved handset. Older Galaxy models, however, sold briskly thanks to deep discounts and promotions throughout the quarter. All eyes will now be on the early release of the pending Note 5 and rumored S6 edge plus to come this August.”