Like all businesses, retailers are reviewing 2015 and gearing up for the needs and realities of the coming year. What’s on the docket for 2016? Mobile, for starters. They’re also investigating responsive design and app development, as well as search optimization and customer acquisition. “A survey from Shop.org, Forrester Research and Bizrate Insights asked retailers …   Read More 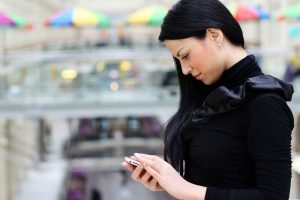 Like all businesses, retailers are reviewing 2015 and gearing up for the needs and realities of the coming year.

“A survey from Shop.org, Forrester Research and Bizrate Insights asked retailers in North America what their top three priorities for their digital business in 2016 were. More than half (59 percent) of respondents said mobile and marketing were,” reports eMarketer. “In addition, 41 percent of retailers said that site merchandising was a leading priority for their digital business this year.”

According to surveys, retailers also anticipate checkout overhauls, omnichannel efforts, and a variety of international expansion initiatives in the new year.

“While social—like integrating with networks such as Pinterest—fulfillment and shipping, organization and customer service were also leading priorities, they ranked lower on the list,” reports eMarketer.

“In 2014, 57 percent of retailers worldwide surveyed by Payvision experienced major growth in mcommerce sales. Among the total, 33 percent strongly agreed that growth was significant—already a sizeable share,” according to eMarketer. “And by 2015, the evidence in favor of mcommerce was overwhelming. Nearly half of respondents were in the “strongly agree” group, with an additional 34 percent agreeing more generally.”

Five Mobile Marketing Trends for Emerging Markets in 2016
Next