Afraid that Facebook knows everything about you? It probably does. And there’s good reason to believe you’re being monitored by many other sites and platforms you would never suspect such spy activity from. “Last weekend, the New York Times revealed that data analytics firm Cambridge... 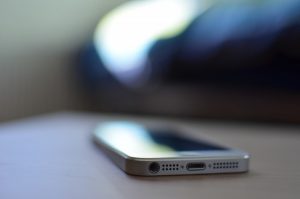 Afraid that Facebook knows everything about you? It probably does. And there’s good reason to believe you’re being monitored by many other sites and platforms you would never suspect such spy activity from.

“Last weekend, the New York Times revealed that data analytics firm Cambridge Analytica misused data from as many as 50 million Facebook profiles to aid messaging tied to the Trump campaign in the 2016 presidential election,” phys.org reports. “The Federal Trade Commission has since opened an investigation into Facebook, but the entire incident has left social media users concerned about their own privacy online and how their information is being used.”

Without question, consumers are undoubtedly catching on to the practice of data-hungry social networking sites and apps. And they’re taking steps to safeguard their data, privacy, and online browsing habits in massive numbers.

Recent reports show that Internet users are taking more and more steps to safeguard their privacy and that fully 25% of all Internet users worldwide are now using Internet privacy tools to protect their personal information from being recorded or tracked in some way.

A report to which MMW was privy estimates that 28% of Internet users are now using tools that “cover their online tracks” when using the internet. A corresponding survey also found that 56% of internet users are under the impression that their personal privacy is being eroded by Internet use.

Interestingly, the huge increase in privacy tools used in China shows that the number of people using Facebook and Twitter is much higher than previously thought. It was estimated that among the Chinese, 34% were somehow hiding their online identity. The reason, as far as the study shows, is to use YouTube (60%) and to gain access to social networks as previously mentioned (55%).

“Everybody is focusing on Facebook right now because it’s been in the news, but the way every social media platform makes money is by selling your data,” the phys.org report adds. “It’s important to be aware that most apps you use have some type of tracking software built in. Some of it can be controlled by restricting the data you make available to social network platforms, but only to the extent that the platforms have privacy settings limiting how they can share that data.”

As a direct result of mounting concerns, a large segment of the population is striving to mask their IP addresses when surfing online. “The reasons why you might want to mask your IP address may include: Hiding your geographical location, preventing Web tracking, avoiding a digital footprint, or to bypass any content filters, bans or blacklisting,” a leading authority on the matter reports. To learn more, try this site.

As for what’s next for Facebook, that much isn’t yet clear, beyond the looming investigation.

“The FTC takes very seriously recent press reports raising substantial concerns about the privacy practices of Facebook,” said Tom Pahl, acting director of the FTC’s Bureau of Consumer Protection, in a CNN report. “Today, the FTC is confirming that it has an open non-public investigation into these practices.”

Blockchain Can Fix Ad Tech: Here is How it Can Address Fraud
Previous