U.S. product placement revenues are on a roll. That news comes from a new PQ Media’s Global Branded Entertainment Marketing Forecast 2015-2019. Placements surged 12.8 percent to $6.01 billion in 2014, fueled by the growing value of television, digital and music integrations, as well as rampant DVR use and emerging telenovela opportunities, according to PQ …   Read More 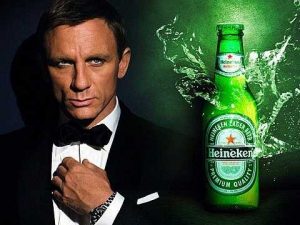 U.S. product placement revenues are on a roll.

Placements surged 12.8 percent to $6.01 billion in 2014, fueled by the growing value of television, digital and music integrations, as well as rampant DVR use and emerging telenovela opportunities, according to PQ Media analysts.

The future? PQ researchers say that if current trends hold, 2015 could show a sixth consecutive year of expansion since 2009, when the market dipped for the first time in history.

“While TV remains America’s most consumed medium, viewing of first-run programs is declining in favor of time-shifted video, often to avoid traditional 30-second ads,” according to a provided statement. “As a result, product placement has strengthened its position in the multimedia campaign mix. In addition, U.S. marketers have become savvier about integrating brands and products into program content instead of settling for less expensive brand or product cameos.”

“There is no advertising, marketing or consumer-driven media tactic that can match the durability, consistency or growth trajectory of product placement,” said Patrick Quinn, the CEO/CCO at PQ Media. “Product placement has remained a steady component of successful multimedia strategies for more than a century because well-executed brand integrations time and again have demonstrated the ability to engage audiences and create strong emotional connections.”

The USA is by far the largest product placement market worldwide, reaching $6.01 billion in 2014.

Brand integrations in recorded music, including some of the world’s biggest pop stars like Lady Gaga, Beyonce, Britney Spears, and Rihanna, have spurred 15.9 percent growth.

And major brands are “increasingly being the focus of entire movies or TV shows, such as Google in The Internship and Apple in Modern Family. In fact, Apple has stepped up the number of integrations it has requested, voted by several outlets as the top product placement brand in 2014,” note the researchers.

ChallengeMe Club Rolls Out 2.0 of its Unique App
Previous

Cream and Sugar in Your Coffee, But No Ads in Your News? Mobile Users Resist That Mix
Next