Postcards from Africa: Can Continent Grow Facebook’s Global User Base?

Facebook is not just an American story. It has become a global story. And just like every other corporation, the company wants to grow its market. Constantly. But where to go? North America, the home base of Facebook, already boasts 20 percent participation. But in Africa — with its more than 1 billion people — …   Read More 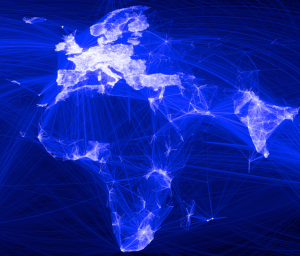 Facebook is not just an American story. It has become a global story. And just like every other corporation, the company wants to grow its market. Constantly.

But where to go? North America, the home base of Facebook, already boasts 20 percent participation. But in Africa — with its more than 1 billion people — has just 120 million plugged into the social network.

“That’s an opportunity Facebook Inc. can’t ignore, though the region poses challenges unlike those the company has faced in more developed markets,” according to Bloomberg in a recent story. “To spur growth on the continent, Facebook next month is opening an office in an affluent suburb of Johannesburg. The sales office will be headed by Nunu Ntshingila, 51, chairman of WPP Plc’s Ogilvy & Mather agency in South Africa, who will oversee Facebook’s business in the region.”

“The company will find that winning customers in Nigeria or Kenya is tougher than in Nebraska or Kansas,” notes Bloomberg. “Africa has few fixed Internet connections, so Facebook’s original website isn’t well known. And while mobile Internet is booming, data is expensive and smartphones are rare, with most people using cheaper — and less capable — devices called feature phones that can’t run Facebook’s full mobile application.”

Nonetheless, it is — if Facebook’s actions be taken seriously — the marketplace of the future.

“This is one of the places where our next billion users are coming from,” said Nicola Mendelsohn, Facebook’s vice president for Europe, the Middle East and Africa. “It would be a massive missed opportunity. Africa matters.”

Of course, Facebook has some aces up its sleeves. To combat the data cost dilemma, Facebook has partnered with mobile-phone companies to offer what it calls Internet.org, which gives people free airtime when they access Facebook and a few dozen other selected websites.

Word is the social media site will launch Facebook Lite, a low-bandwidth app that uses just a fraction of the data of standard access.

“There’s no point sending a video to someone with a 2G connection,” Mendelsohn said in an interview. “You really want to make sure that you’re delivering the right messages to right devices in the right way.”

“For the world’s largest social network, Africa holds vast potential,” explains Bloomberg. “Facebook has been blocked by China’s censors since 2009, and in Russia it trails local sites such as VKontakte and Odnoklassniki. As sales growth slows, Facebook is working to broaden the reach of its advertisements, which generate more than 90 percent of its revenue.”

Is Your Wrist Ready for Advertising?
Previous

Admedo Launches App for Programmatic on Oracle Marketing AppCloud
Next