Ad industry sources reveal that Pinterest’s “long-awaited video ads” are here. “Pinterest had been considering how it could implement video ads for months,” noted Garett Sloane in a post for Digiday. “Promoted video pins are being tested among a small group of users, and internally at Pinterest, according to one source briefed on the tests.” …   Read More 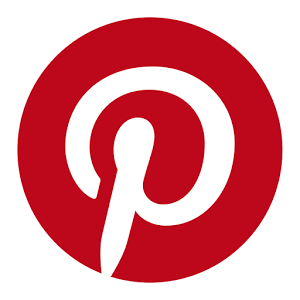 “Pinterest had been considering how it could implement video ads for months,” noted Garett Sloane in a post for Digiday. “Promoted video pins are being tested among a small group of users, and internally at Pinterest, according to one source briefed on the tests.”

The videos reportedly employ an autoplay function that sets them in motion when a user stops scrolling over them. Pinterest is also said to be testing video ad length.

“They would be wise to launch video ads, as video consumption trends continue to rise,” said Orli LeWinter, VP of strategy and social marketing at 360i. “That said, video behavior is not an organic one on Pinterest, so I’d be interested to see how they end up performing.”

At this point, Pinterest is staying mum. There’s no info on what brands are placing the first test video ads.

But video ads should complement Cinematic Pins, which play only as a user scrolls and then stop when a user stops scrolling. Pinterest launched Cinematic Pins last year with support from brands including Wendy’s, Nestlé, Walgreens, and Suave.

“Cinematic Pins are still running. I think they are a very interesting and engaging ad format, and they perform pretty well,” LeWinter said.

“Pinterest has been trying to make its platform more accessible to advertisers, developing its ad serving software and opening it to more partners for buying,” noted Sloane. “There have been some in the ad world who feel Pinterest has been too slow to roll out all the tools advertisers need, however, to make investing there worthwhile.”

One thing’s for sure: video is the growth arena on every social site — and this won’t be the last news we hear about how Pinterest’s foray is progressing.

Have You Outgrown Your Current Pool of Talent: The Elastic Workforce for Digital Marketers
Next