Opinion: How Social Media Can Make Or Break Your Brand

The following is a guest contributed post from Marsha Friedman, CEO of EMSI Public Relation. Often – much too often in my view – I talk with CEOs who are still resistant to getting involved with social media. It’s as if they view sites such as Facebook and Twitter as little more than pesky annoyances …   Read More 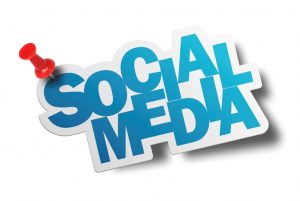 The following is a guest contributed post from Marsha Friedman, CEO of EMSI Public Relation.

Often – much too often in my view – I talk with CEOs who are still resistant to getting involved with social media. It’s as if they view sites such as Facebook and Twitter as little more than pesky annoyances that are irrelevant to what they do.

They fail to recognize just how powerful social media can be as a tool that allows them to promote their brands, communicate with customers and handle damage control when complaints come tumbling in.

What they don’t realize is that abstaining from social media really isn’t an option any longer. Social media carries on with or without you, and if you own or manage a business there’s a chance you are already a part of it – through people’s reviews and comments – whether you like it or not.

Recently, I was thinking about the changing ways in which businesses and customers interact, and I asked Jay York and Brittany Vaill, two social media strategists at my company, for their insight about the role social media sites play in that interaction.

“One good example is how Facebook is being used as a customer-service platform,” Jay says. “Customers can go to a company’s Facebook page and send the company a message, instead of making a phone call or sending an email. People want to talk to you on social media and they expect you to talk back.”

If you don’t have anyone managing your social media accounts, though, those consumer questions and complaints are met with silence – and that’s not good.

Jay encountered such a situation not long ago when he began handling social media for a client. Previously, no one had monitored the company’s accounts. Ill will had been building with customers who had issues with the company’s product, but were getting no response to their complaints.

One of Jay’s first tasks was to begin responding to those unanswered social media posts. He was able to start building good will as a result.

“You have to be there,” Jay says. “If the only way to contact you is through email or by phone, then that takes away a quick means of communication that many people want and expect.”

Brittany reminded me that many daily newspapers traditionally have had restaurant critics, movie critics or theater critics whose opinions could sway an audience.

“But today everybody can be a critic,” Brittany says. ““That means you need to step it up and be on your game because you never know when a disgruntled customer is going to show up on Twitter with an angry tweet.”

Brittany and Jay say there are at least four ways social media is transforming the interaction between businesses and consumers:

• Quality of communication. The rise of social media and various social media tools, such as Facebook Messenger, has made communication much quicker and much better. Anyone now can dash off a quick comment or question at nearly any time. The same speed of communication goes for you as a company for whenever you have an important or timely message to share.
• Variety of audiences. Social media isn’t something that only young people use. Every generation is represented. Name a demographic and you can target them and reach them through social media.
• Responsiveness. You can respond quickly to customers’ questions, concerns and needs. That helps you build one-on-one relationships with customers who become loyal and spread the good word about your company on their social media sites.
• Transparency. The whole world can check in on how you handle those consumer questions and complaints. “If you go on a site and see that a company is responding quickly to its customers, then you are more likely to want to do business with them,” Brittany says. Of course, the opposite also is true.
Never before have companies had to compete in quite this way. Years ago, consumers had no quick and easy way to gauge the reputation of a business, unless perhaps a neighbor or a cousin happened to have done business with you.

Now they can see what the world thinks about you. And you certainly want them to think only the best.

That’s why social media is not just a pesky annoyance anymore. It’s an important piece of your marketing that should command your attention in as professional a way as every other piece of your business.

More Vocal Than Video in China: A Third of Smartphone Time Belongs to Messaging
Next