Soon the world’s largest annual mobile tech event — Mobile World Congress (MWC) — will light up Barcelona, but sending out innovation vibes way beyond the city. Set for February 22 through 25, this year’s MWC features a “Mobile World Live” team creating a TV broadcast. Mobile World Live TV will be filming throughout the …   Read More 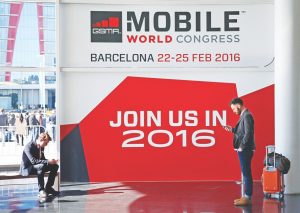 Set for February 22 through 25, this year’s MWC features a “Mobile World Live” team creating a TV broadcast. Mobile World Live TV will be filming throughout the whole event.

“For the first time, every keynote at MWC16 will be streamed live to a dedicated channel on mobileworldlive.com,” reports MobileWorldLive. “So if you aren’t able to grab a seat in the auditorium, you can follow every second of the week’s keynote conference program live online, wherever you are. Chief execs from the entire mobile ecosystem – including operators AT&T, Bharti, China Mobile and Vodafone; vendors Cisco, Ericsson, Huawei and Intel; and disruptors such as Buzzfeed and PayPal – will take to the stage.”

Luckily for those who can’t get be in Barcelona, MWC will post individual sessions on mobileworldlive.com for replay within 24 hours.

Mark Zuckerberg’s third annual appearance at MWC will also be covered. Zuckerberg is expected to focus on emerging technologies.

“Expect talk of drones, lasers, and satellites, with a controversial splash of net neutrality thrown in for good measure,” the report says. “We will also have a special guest panel in our TV studio to preview and analyze Zuck’s news.”

Also getting coverage will be topical debates on the industry’s hottest issues.

“Our series of panel discussions will cover everything from ad blocking to low power IOT, and mobile identity to virtual reality. Each panel will feature the major players in the market, with our moderators diving into the big issues.”

Wednesday Webinar: Everything is Changing in Mobile Marketing
Next