Looks like virtual reality does the Dew. Immersv — an interactive ad platform for 360° and spatial ad experiences — announced Wednesday that Mountain Dew and its advertising agency, OMD, tapped Immersv’s Mobile 360 and VR marketing platform to drive significant consumer engagement for their... 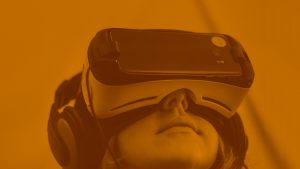 Produced by Mountain Dew, the #GotHandles VR experience features Grayson Boucher, known as “The Professor” for his ability to “school” competitors on the basketball court.

“We commend Mountain Dew and OMD for recognizing the tremendous opportunity for brands to engage with consumers through Virtual Reality,” said Mihir Shah, CEO of Immersv. “The exceptional results from the #GotHandles campaign demonstrates the power of Mobile 360 videos and VR experiences, while proving that digital advertising is shifting away from traditional pre-roll videos to more interactive and immersive advertising experiences.”

How Will Influencer Marketing Continue to Evolve in 2018
Next