Mobiles or Laptops – Where Do Cyberattacks Hit Hardest?

In today’s high-tech society, cyberattacks are a large and still-growing issue. The public and businesses alike are embroiled in a constant but rarely-felt battle to keep infrastructure online and to prevent important data from falling into the wrong hands. This battle encompasses all devices from tablets to... 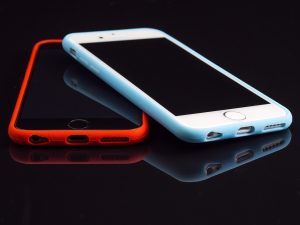 In today’s high-tech society, cyberattacks are a large and still-growing issue. The public and businesses alike are embroiled in a constant but rarely-felt battle to keep infrastructure online and to prevent important data from falling into the wrong hands. This battle encompasses all devices from tablets to vending machines, but the devices you’re probably the most versed with are both laptops and computers. Which of these two portable devices are more susceptible to cyberattacks? And what are the attacks to look out for?

Laptops are generally more potent than phones. They feature larger internal storage, more powerful operating systems and as such can operate more sophisticated or specialised software. But for all this bang, a great deal is lost with regards to simplicity, portability and battery life. The primary issue with computers is that they are part of an open and less standardised environment.

Statista reports that in 2015-16 88% of all UK households contain a computer, yet according to Netmarketshare, 7% of these computers are still running Windows XP, an operating system released in 2001 – for which Microsoft support stopped in 2014. Close to 50% of computers are also still running Windows 7. These older operating systems are more vulnerable to cyber threats, as Microsoft are now focusing on maintaining and updating Windows 10 instead of their previous systems.

Smartphones are a portable, versatile device that opens far more doors for workers on the go. They are incredibly popular, with roughly 48 million smartphones in use in the UK, and with that number set to rise to 54 million by 2022.  With advancements in cloud based storage, and through program ecosystems like Office 365, phones can now access all the important documents you once needed a computer for. The issue is that with smartphones, very little emphasis has been placed on cybersecurity awareness and so there is very little knowledge on the subject.

Cyber-attacks can indeed affect smartphones; mobile devices encounter potential threats each month. While mobile phone software is standardised, many updates sent out to prevent new and emerging cyber-attacks are delayed by users from being installed. If you have ever delayed an update you’ve put that device at risk. A good practice for businesses is to make these updates mandatory and immediate.

Attacks on mobiles are almost identical to attacks on computers. Generally, a website, email or another kind of lure will prompt a mobile user to download a file, or to provide information which can then be used to access other information. This can lead to dangerous infections like ransomware being installed on your phone, which locks and encrypts data on a device before demanding a payment to unlock the data.

But are either laptops or mobiles more susceptible to threats? It’s a complicated question. With both computer and phone operating systems, if programs and operating systems are kept up to date, the threat of successful attack and infection is small, but this chance is affected greatly by user knowledge. According to data released by Crowd Research Partners, ninety percent of organisations are vulnerable to insider threats – and this is because again, knowledge of mobile data security is sparse and not discussed. If individuals never used their devices malware would never be installed, and it’s the knowledge of how to safely use those devices that prevents these cyberattacks from becoming widespread.

Mobile Marketing For Casinos: Where’s It Headed In 2018?
Next