The following is a guest contributed post to MMW from Rosa Markarian, VP, Global Business Operations, at Light Reaction. With mobile predicted to represent a whopping 70 percent of digital ad spend by 2019, advertisers are continually looking for an edge in getting the most out of this smaller screen.  Yet with many digital media …   Read More 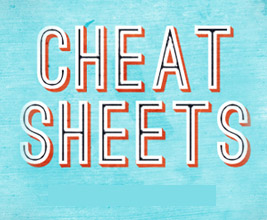 The following is a guest contributed post to MMW from Rosa Markarian, VP, Global Business Operations, at Light Reaction.

With mobile predicted to represent a whopping 70 percent of digital ad spend by 2019, advertisers are continually looking for an edge in getting the most out of this smaller screen.  Yet with many digital media buyers’ experience rooted in the world of desktop, getting things right in mobile isn’t necessarily a sure thing.  Following is a short cheat sheet to help advertisers and media buyers get off on the right foot in their mobile campaigns.

Time to conversion – In marketing as in life, we want results quickly.  But when it comes to mobile, ad conversions tend to come more slowly than they do in desktop.  At first this may seem counterintuitive as mobile would seem to be a more “fast-paced” medium.

In fact, this fast pace is what contributes to slower conversion times – quite simply, audiences are more likely to be distracted away from their mobile in mid-stream.  For example, a user may click on an ad for a mobile e-commerce site while in the midst of doing something else like waiting in line or riding the subway.  These situations make it much more likely they’ll have to shift their focus away from completing a transaction due to external forces.  It may be days later when they once again pick up the thread to complete a sale.

What we have found is that the time gap between clicking on a mobile ad and making a purchase is much lengthier compared to the time between a desktop ad click and a purchase.  With this in mind, advertisers should use a longer attribution window compared with desktop.

Incentivized traffic enables advertisers to generate a lot of installs in a short time at a usually quite low price.  The downside is that these users are mostly installing the app to get a freebie rather than being genuinely interested in using it.  However, incentivized traffic isn’t necessarily bad.  The more installs an app receives regardless of why users are installing it, the higher it ranks in app stores and the more likely it is to be discovered and organically installed by users who actually want to use it.

For advertisers, the best solution is to work with providers that offer the option to use both incentivized traffic and non-incentivized traffic; are transparent about where the installs are coming from; and can provide guidance on the best mix depending on the type of app and campaign.

The campaign doesn’t end once the app is installed – For an app install campaign, driving downloads is really only the first part of the process.  Research shows that the majority of downloaded apps are used only a handful of times with a full 25 percent[1] used only once.  So it’s imperative for app makers to engage these audiences post download.

Doing this means finding the most effective way to reconnect with users.  For a user who has perhaps opened a retailer’s e-commerce app and browsed products, this might mean retargeting them with an ad in another app to offer them a deal on an item they looked at.  Clicking on this sort of ad expands it, allowing the user to make the purchase right inside the ad rather than having to go back to the original app. App makers can also drive back users with ads promoting new features of the app or features that the user hasn’t used yet. A simple reminder ad just making the user aware again that the app is on his phone also works perfectly. A publisher could show users who have downloaded its news app the breaking news of the day.  And a game developer could remind the user of his last score and which level he needs to accomplish next.

The best option for executing post-install campaigns is to work with a mobile advertising provider that offers both app installs and re-engagement as a one-stop solution.  This allows data from all parts of the campaigns to be analyzed and used for optimization in order to get the highest lifetime value for new app users.

Mobile Web versus in-app – While it’s been positioned somewhat as a Coke versus Pepsi battle, mobile web and in-app are better understood as separate ad channels that happen to exist within the same physical space.  One is not necessarily better than the other.

But while mobile web and in-app inventory both live inside users’ smartphones and tablets they remain very different universes.

The big advantage of in-app ads is that they’re usually completely visible meaning the big discussion on visibility that we know from the world of desktop isn’t relevant when it comes to in-app advertising. And high quality app inventory in categories outside of social and games continues to grow.  In fact, shopping and utility apps have been growing much faster in recent years (174% and 121% respectively) than even games with a growth rate of 30%[2].

In general, there is also far more in-app inventory available.

Measuring performance – Another difference when it comes to mobile web versus in-app is the ability to measure campaign performance.  For mobile web campaigns, advertisers can track actions like conversions and registrations as easily as they can on desktop.

In-app is an entirely different story.  To be able to track KPIs beyond clicks, app developers need to build this functionality into the app via a third party SDK (software development kit).  The companies creating apps for advertisers don’t necessarily include this tracking capability as standard, so it’s important to make sure this is something that’s baked in.

If this isn’t included, advertisers can’t track what is happening on their app. Things like which features of an app are used the most (or least).  Or how regular users use the app versus infrequent users.  On top of that, for a campaign with the goal of app downloads or app retargeting, advertisers can’t measure how successful the campaign was beyond the click.  Meaning if someone clicked on a retargeting ad, we won’t know whether that click led to a sale or not.

And there’s much more to come.  Key trends to look for in mobile this year include better capabilities for coordinating mobile web and in-app campaigns (traditionally a very difficult endeavor) and more effective tools to measure how mobile ads drive offline sales and actions.  As advertisers and media agencies flood the mobile channel, staying on top in the small screen will be a key focus for media buyers for the foreseeable future.