MMW was briefed Tuesday by the team at Inneractive, a programmatic trading technology platform and a wholly owned subsidiary of Fyber N.V., on their latest news. The company tells us that they have now officially launched their Video Advertising Monetization Platform (VAMP) to “bring power... 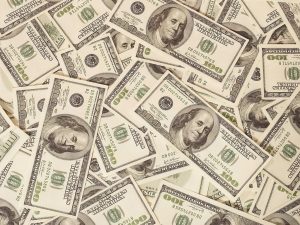 MMW was briefed Tuesday by the team at Inneractive, a programmatic trading technology platform and a wholly owned subsidiary of Fyber N.V., on their latest news.

The company tells us that they have now officially launched their Video Advertising Monetization Platform (VAMP) to “bring power back to publishers.”

VAMP is comprised of three main capabilities – the Audience Vault, the Revenue Desk, and the Video Suite. Here’s what we can tell you about all three.

Enabling publishers to analyze and segment their own user-base, based on demographic and behavior data, the Audience Vault creates audience packages that can be sold programmatically at varying price points. The Vault creates rich user profiles based on the publisher’s first-party data, the platform’s auction and engagement data (such as video completion rate, click through rates, bid depth, etc.) and third-party data from industry-leading DMPs. From the Revenue Desk dashboard, the publisher can see which audience segments have higher value to different buyers, and the size of these segments within its user-base. The publisher can then sell those segments off for higher price points making programmatic trading more efficient, and pricing more accurate.

This dashboard gives publishers full control over their inventory with the ability to create and view carefully segmented audiences and make informed business decisions based on extremely granular, customizable dynamic reports. The Revenue Desk includes an ‘A/B testing’ tool that allows publishers to experiment with different ad units, different placements and different price points, and compare performance results to identify what works best.

The Revenue Desk also supports a wide variety of mobile ad units and formats, both video and static display units, including in-feed videos in landscape, medium rectangle and square (1:1 aspect ratio), interstitial video (both vertical and horizontal), rewarded video, and more, along with general settings such as sound on/off, ability to skip , etc. All in-feed units support Inneractive’s proprietary ‘story-telling’ behavior which allows the video to play in consecutive ad slots, and to auto-pause and auto-resume as user scrolls to ensure viewability and high completion rates. Beyond standard VAST support, Inneractive worked closely with Innovid, one of the largest video ad servers in the world, to develop its VPAID offering, to ensure compliance with VPAID campaigns that will be served through the platform. The proprietary video player features built-in viewability measurement with Moat and DoubleVerify, without requiring any additional integration.

“VAMP helps solve three pain-points: lack of transparency and control in programmatic, the complexity in the trading of programmatic mobile video, and publishers struggling to remain competitive over mobile ad dollars, especially against Facebook and Google which currently take 75 cents on the dollar,” says Roni Anavi-Fass, Inneractive’s VP Product. “VAMP has been designed to bring true value to publishers providing actionable insights about their most valuable audiences, that will enable them to compete more effectively with the Internet giants.”

Samsung, Charter Not Phoning It In On 5G
Previous

Wearables Now Watching Out for You at Work
Next