inMarket, Factual CEOs Among Finalists for EY’s Entrepreneur of The Year 2017 Awards

This week, Ernst & Young (EY) provided even more reason to believe that Los Angeles is one of the hottest and fastest growing tech scenes in the United States today. EY has just announced the finalists for the Entrepreneur of The Year 2017 Awards in... 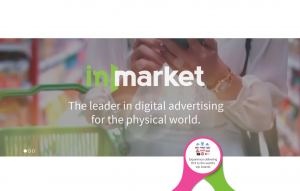 This week, Ernst & Young (EY) provided even more reason to believe that Los Angeles is one of the hottest and fastest growing tech scenes in the United States today.

EY has just announced the finalists for the Entrepreneur of The Year 2017 Awards in the Greater Los Angeles program. And with the chief executive officers of respected industry innovators like inMarket and Factual making the elite cut, it’s clear that Los Angeles is quickly becoming the epicenter of the mobile location industry.

Among the esteemed company chiefs to be recognized by EY is Todd Dipaola, Chief Executive Officer of Venice-based inMarket, a beacon proximity and location intelligence company.

inMarket’s sustained growth is largely due to the strength of its retail beacon platform, which topped 100,000 retail locations last year. In December, the company launched its inBar on-premise customer engagement solution to more than 23,000 entertainment venues (read more about it here) and its comScore-verified reach of 50 million monthly active users.

Most recently, the mobile moments company launched its Lapsed Shopper Program designed to reactivate lost customers for retail partners who can now identify and recover shoppers who have stopped visiting.

All told, inMarket and Factual are two of L.A.’s marquee players in the mobile location space. And not only is their success inviting of more innovation and investment in the L.A. market, it also makes for an easy choice by EY.

“As the world’s most prestigious business awards program for entrepreneurs, Entrepreneur of The Year recognizes trailblazers in more than 145 cities in 60 countries who are excelling in areas such as innovation, financial performance, and making a personal commitment to their businesses and communities,” EY says.

The business leaders are selected by a panel of independent judges. For the L.A. region, award winners will be announced at a black-tie gala on Thursday, June 15 at The Beverly Hilton hotel in Beverly Hills.

The gala is expected to attract more than 700 founders, CEOs and business leaders from the greater Los Angeles area.

As for what’s driving LA’s burgeoning tech scene, a host of factors can be cited, but perhaps none is more important than the eruption of new, highly accessible and affordable services and technologies that make it easier for L.A. startups to compete with the big boys up north.

“Silicon Valley still dwarfs all other domestic tech sectors,” says Kate Pickert of Time, “but the explosive growth of Silicon Beach [a stretch of roughly four miles from Venice to Santa Monica that has become the heart of Los Angeles’ fast-growing tech scene] is the latest sign that some of the features that lured tech companies to Northern California are beginning to be replicated elsewhere. Innovations in open-source software and cloud storage make launching a tech company anywhere easier and cheaper than ever.”

As Ari Piven, a convention and trade show marketing specialist based in San Diego, explains, billions of dollars are being invested publicly and privately to attract more companies, conventions, and even relatively small gatherings to Los Angeles. “It’s not something you hear about in summation every day, but all the pieces tell the story,” he says.

To learn more about EY’s Greater Los Angeles program, click here. Also be sure to join the conversation on social media by following @EY_EOYUS and using #EOYGLA