Collective Bias, a shopper-focused influencer marketing company, has just published results of a large-scale national survey investigating how U.S. consumers’ online behaviors impact in-store purchase decisions. The survey, which was fielded to nearly 14,000 adults earlier this month, found that 30 percent of consumers are more likely to purchase a product endorsed by a non-celebrity …   Read More 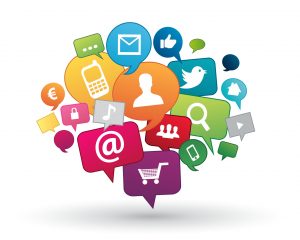 The survey, which was fielded to nearly 14,000 adults earlier this month, found that 30 percent of consumers are more likely to purchase a product endorsed by a non-celebrity blogger than a celebrity.

Of that number, 70 percent of 18 to 34 year-olds had the highest preference for “peer” endorsement.
Only three percent of consumers would consider buying a product in-store if it was endorsed by a celebrity, but celebrity testimonials were just one of the traditional advertising vehicles to rank low among respondents.

Those surveyed cited TV (7.4 percent), print (4.7 percent) and digital (4.5 percent) advertisements as the least influential forms of communication when shopping for products in-store. The results point to a growing ineffectiveness of traditional advertising and the need for brands to embrace alternative forms of marketing to drive sales.

“With little data available on the current state of influencer marketing, the findings of this report strongly indicate that consumers are less engaged with advertisements and seemingly disingenuous celebrity endorsements,” said Bill Sussman, CEO of Collective Bias. “As ad blocking continues to grow, it only further threatens the effectiveness of traditional ad techniques to deliver ROI, meaning brand marketers will need to turn to more effective alternatives such as influencer content.”

Fancy a Digital Flutter on the Grand National?
Next