In UK, Consumers Are Eating Up Mobile Media, Especially Apps

For mobile internet users in the UK, apps are where it’s at — in fact, apps account for a substantial percentage of time spent with mobile media. And now that smartphones and tablets are becoming widespread, app usage is seeing a massive jump there, too. The trend we’re referencing comes from a new eMarketer report, …   Read More 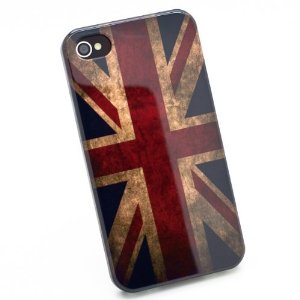 For mobile internet users in the UK, apps are where it’s at — in fact, apps account for a substantial percentage of time spent with mobile media.

And now that smartphones and tablets are becoming widespread, app usage is seeing a massive jump there, too.

“eMarketer estimates that UK adults spent an average of 2 hours 24 minutes per day with non-voice mobile activities in 2015, a tally topped only by time spent with traditional TV,” according to the eMarketer report. “This figure is all the more remarkable considering that non-voice mobile use accounted for just 18 minutes of UK adults’ total daily media time in 2010.”

Many mobile behaviors in the UK have been changing (as they have globally), but one of the interesting phenomena is the split between mobile app vs. mobile web usage.

“The advent of smartphones, primarily the iPhone, brought with it the introduction of a carefully curated digital experience, in which users no longer needed to open a web browser and then navigate to a site each time they wanted to get somewhere online,” explains eMarketer. “Instead, their “go-to” digital destinations could be, essentially, bookmarked and placed on the home screen via apps. The battle for smartphone screen real estate had begun.”

How goes the battle?

In fact, comScore MMX MP and Mobile Metrix discovered that mobile apps accounted for a much greater proportion of time spent with the mobile internet than mobile browsers in the UK—fully four-fifths of total time, according to March, 2015 data.

“UK consumers are clearly big mobile app users,” concludes eMarketer. “Moreover, smartphone usage is particularly high in the region. We estimate that 38.3 million individuals, or 58.7 percent of the population, were expected to use smartphones at least monthly in 2015. Tablet usage wasn’t far behind, with 32.8 million users or 50.3 percent of the overall population.”

But the war goes on.

User numbers are set to grow further, according to eMarketer projections estimating there could be 41.4 million smartphone users and 35.0 million tablet users in 2016.

The Widening Worldwide Reach of Wearables
Next