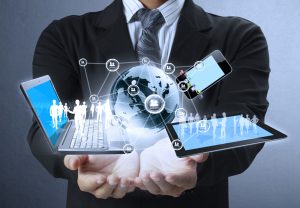 Nippon Seiki, a global supplier of control panels for home, office and factory appliances, will license Immersion’s technology for its line of printer and copier products.

With Immersion’s haptics, Nippon Seiki will enhance its human-interface technology with high-quality tactile effects and feedback, appealing to users’ sense of touch and creating a more intuitive interface for the operator.

“Touch is one of the most fundamental ways we connect with the physical world, and we envision a world in which virtual experiences are indistinguishable from physical life,” said Nobumitsu Shimada, Immersion’s Representative Director and Country Manager, Japan. “We look forward to working with Nippon Seiki to add haptics to the interfaces of its control panels and providing its customers with enhanced digital experiences.”

Are You Selecting The Right Advertising Channel For Mobile Users?
Previous

Does Gender Stereotyping Turn Up in Digital Advertising?
Next