There is plenty of data illuminating the positive effects regarding the growing share of women in the business world. The fastest-growing group of entrepreneurs in America is women, who are launching businesses at 1.5 times the national average. When you let women be themselves in corporate settings, good things happen, according to a report from …   Read More 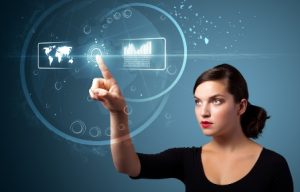 There is plenty of data illuminating the positive effects regarding the growing share of women in the business world.

The fastest-growing group of entrepreneurs in America is women, who are launching businesses at 1.5 times the national average. When you let women be themselves in corporate settings, good things happen, according to a report from the Harvard Business Review. Even Kevin O’Leary of “Shark Tank” fame says that of his 27 companies, only the ones with female CEOS make him money.

But Nicole McMackin, president of Irvine Technology Corp., which specializes in information technology staffing and solutions, worries that similar progress in gender diversity isn’t being made in technology.

“There’s at least one simple reason why women have proven to be a positive boost for business: we’re half the population – a tremendous floodgate of talent has opened in recent decades,” McMackin says. “And, yes, we tend to have a different take on things, which has proven valuable. For example, women are generally more sociable and tend to excel in a group dynamic that enables them to flourish, which helps others in the group.”

McMackin discusses the value of women in corporations and technology.

• It’s more than identity politics. A recent lawsuit exposed Silicon Valley and how challenging that environment can be for women, which is bad for business. Why? Women are the lead adopters of technology, according to Intel researcher Genevieve Bell, and Dow Jones found that successful startups have more women in senior positions than unsuccessful ones.

“Again, we’re half the population and we have plenty to offer the tech field,” McMackin says. “We’re good for a tech team’s culture and for tech users.”

• As more women lead businesses, the boys’ club will need to adapt. More women are starting companies, and those who are leading have been doing well. This may lead women business leaders to wonder why most of their tech divisions are dominated by men.

“Also, it may be that business leaders want more of a collaborative environment, which could be greatly facilitated by a technology professional who is a woman,” says McMackin, whose company also specializes in staffing.

• Educators see the importance of emphasizing STEM for girls. Sierra College has been holding its annual Nontraditional Employment for Women (NEW) event to encourage high school girls to consider careers in science, technology, engineering, art and math (STEAM). Similar efforts continue to be made to encourage girls into the tech field.

Companies in the top quartile for gender diversity are 15 percent more likely to have financial returns above their respective national industry medians, according to research by McKinsey & Co.

“This is an ultra-connected, multi-generational, multi-ethnic and global business world we’re dealing in today,” McMackin says. “We need all the talent, perspective and insight that we have. Encouraging girls and women to be themselves within the STEM and STEAM space is the smart thing to do.”

mHealth News: What You Need to Know
Next