The Future of Grocery Shopping Is Mobile

The following is a guest contributed post by Danielle Levitas, Senior Vice President, Research at App Annie The massive transition to mobile has stretched across virtually all corners of retail with one exception — grocery. Despite the rapid increase in demand for mobile options by... 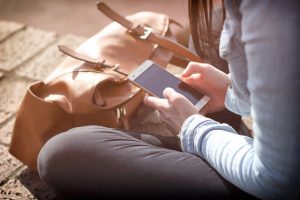 The massive transition to mobile has stretched across virtually all corners of retail with one exception — grocery. Despite the rapid increase in demand for mobile options by shoppers across all sectors, grocery has remained staunchly traditional, with in-store purchasing continuing to be the clear favorite for ease and product selection.

With Amazon’s recently announced plans to acquire Whole Foods, the mcommerce giant is setting itself up to, once again, challenge the status quo by converting one of the last remaining sectors of retail to its ultimate destination: mobile.

Amazon has already seen incredible growth in mobile across nearly all areas of its business. In May 2017, the company saw 80 million monthly active users for iPhone and Android combined in the United States, according to App Annie data. Whole Foods Market is no amateur in mobile either, with its app growing 750% in monthly active users over the last two years. This trajectory demonstrates that grocery shoppers — specifically Whole Foods consumers — are increasingly turning to mobile apps to aid their grocery shopping experience.

The grocery sector has experienced its share of consolidation and increased competition from big box retailers over the past decade, so to some, this acquisition may seem too risky. Yet, if there is one thing Amazon has successfully demonstrated, it’s that there is no other digital behemoth more fit to vertically integrate the entire grocery store experience. The company already has a headstart, with iPhone users of the Whole Foods Market app more than 3x more likely to use Amazon Prime in comparison with the general population in the US.

Amazon clearly has been going after grocery in recent years, but this move dramatically accelerates this segment and allows Amazon to have hundreds of stores in prime locations throughout the US. Furthermore, retail and specifically mcommerce, is outpacing all other channels and is expected to grow nearly 6-fold globally from 2016 to 2021. In fact, App Annie estimates 2016 mcommerce spend per user in the US was $613 and it’s projected to grow to $2,012 per user in 2021. Groceries are one of the key segments driving this growth in the later years of the forecast.

This acquisition allows Amazon to capitalize on mcommerce growth through a hybrid retail strategy of mobile ordering and payments. Users can make shopping lists, browse products, research prices, find the best deals, make a purchase and more, all within the app (admittedly most recently, Whole Foods removed some key functions of the app, but given customer feedback, we expect these features to make a comeback).

Americans spend more than 2 hours and 15 minutes per day in apps, which equates to more than one month out of every year. This is the power of apps — meeting your customers whenever, wherever they need you. Shopping and mcommerce have been key growth factors in apps with time spent in shopping apps nearly doubling over the past two years and smartphone users engaging in these apps nearly twice per day on average.

The move to integrate mobile more predominantly into the grocery market will not happen overnight. However, with the value of the global app economy expected to increase to $6.3 trillion in 2021, mobile is only continuing to pick up speed. From banking to pharmaceuticals, globally, the app market has seen new franchises emerge in almost every sector of mobile. Our mobile-first society is exercising its desire for convenience, value and willingness to accept the new. By bringing its firepower to the grocery industry, Amazon is sending an enormous signal to consumers and brands alike that mobile is here to stay and they are at the forefront of this movement.