Millennial Media, a leading independent mobile ad company, has announced that former Nexage CEO and President Ernie Cormier will be joining the company as COO. He will report to CEO and President Michael Barrett and will be responsible for overseeing the company’s product, technology, and operating teams. Cormier has over two decades of experience and …   Read More 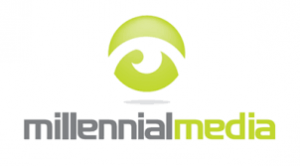 Cormier has over two decades of experience and prior to his role of COO to Nexage he served as CEO & President of Zeemote Inc., held executive positions at Virgin Media in the U.K., Nexel Communications, and Lagardere Group. Following the Company’s acquisition of Nexage in 2014, Cormier served on Millennial Media’s Board of Directors. Cormier will be based in Boston and begin the role of COO in June.

“Ernie’s experience developing and scaling Nexage into the industry’s leading programmatic marketplace will be vital in solidifying this foundation and continuing Millennial Media’s growth and superior product offerings. I’m honored to welcome him to the team.” Says Barrett.

Twitter Still In Talks Regarding The Purchase Of Flipboard
Next