The following is an exclusive guest contributed post from Vadim Rogovskiy, the CEO of Clickky. While 2016 begins, it is time to outline the trends to look for this year. In 2015 we witnessed mobile rocking the ground, with companies exploring mobile advertising to its full potential. In 2015, mobile use finally exceeded PC use …   Read More 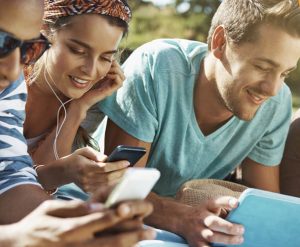 The following is an exclusive guest contributed post from Vadim Rogovskiy, the CEO of Clickky.

While 2016 begins, it is time to outline the trends to look for this year. In 2015 we witnessed mobile rocking the ground, with companies exploring mobile advertising to its full potential. In 2015, mobile use finally exceeded PC use and mobile optimization became crucial for online advertising. Some 2016 forecasts call for further changes within the industry landscape, one of the biggest being rapid mobile growth in emerging markets. The drop in handset prices and the introduction of cheap models will bring over one billion subscribers in the next four years, opening numerous opportunities. Therefore, with the unique challenges of emerging countries, it is paramount to keep in mind the specific mobile trends for these economies.

Here are five mobile trends for emerging markets to watch in 2016:

The Growth of Mobile Budgets

In the last few years, mobile data has grown significantly. According to reports, last year saw an increase of 77% in mobile data traffic due to emerging markets. Eastern Europe and South East Asia have been driving growth, due to the introduction of affordable 3G handsets.

The constant use of mobile phones provides the unique opportunity to reach audiences at any place and at any time. With cheap models on the market, mobile devices are often the first link users in growing economies have to the internet. Therefore, mobile becomes a serious opportunity for those who do business in emerging markets. According to Clickky data, there has been a 15% growth in mobile advertising budgets in 2015. Every day, hundreds of new apps are launched into the market, making it a lot harder to succeed. And it is nearly impossible without well-placed ads.

We foresee that 2016 will bring even further budget growth in emerging markets, as it becomes clear that it is the easiest way to reach the audience.

While the concept of native advertising is old news for mature economies, emerging markets are only beginning to adopt it. In 2016, the more progressive formats will be used more broadly in emerging markets. This includes not only late adoption of native forms, but also mobile video and a wide variety of in-app ad formats. The market share of banner ads is still large on emerging markets, but the progressive formats are slowly catching up. This will lead to further exploration of numerous mobile advertising opportunities in 2016.

Advertising personalization became one of the major trend predictions in 2016. With constant development of targeting technology, reaching the right audience is a lot easier. The outcome: data has to become more behavior-driven and marketers should target users at the point of engagement. Reaching the right audience is as important as ever, and industry players in emerging markets will pay a closer look at the opportunities advanced targeting has to offer.

Quantity vs. Quality: Engagement Will Finally Overtake the Install Metric

Keeping a customer has become much cheaper than getting a new one, and marketers are going to shift their strategies in order to keep up with this. The average app loses around 77% of its daily mobile users within the first three days of its launch. Thus, constantly reaching app users has become the only option for app developers.

While 2015 was all about retention in emerging markets, this year will bring further focus on user engagement.

App search enhancements are going to be a global trend for 2016. With the introduction of Google App Indexing, mobile app owners are going to realize the advantages of online visibility. Also, marketers are going to pay more attention to deep linking, which helps improve app navigability, user experience and contextual search. In the end, this might lead to complete dominance of mobile app over mobile web. While there is still a long way to go, the first step in this direction will be made in 2016. Emerging markets are currently a bit slower at embracing this change, but with the current growth predictions they have every opportunity to catch up.

Emerging markets have the potential to overtake developed nations in mobile growth this year. The industry is shifting towards emerging economies, taking into account their specifics. By the end of the year, we will have lighter websites and new business models, developed for the Next Billion. With the explosion of mobile technology in 2015, companies in emerging markets are paying a much closer look at mobile marketing. In 2016, growing economies will finally catch up with global industry trends.

All in all, emerging markets are rapidly developing into the driving force of the mobile industry and it is time to take a close look at the business opportunities they offer.