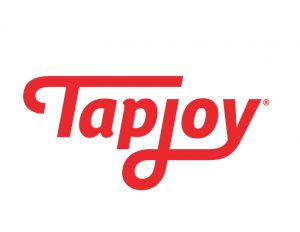 The new features expand upon the already sophisticated capabilities of Tapjoy’s Offerwall Plus and enable app developers to maximize ad revenue by customizing their monetization strategy for different user groups.

The features were released in conjunction with Tapjoy’s latest Maximum Impact Report, “Tips to Maximize Offerwall Revenue During the Holidays.” Offering best practices on how to integrate, promote and customize in-app offerwalls during the holiday season, the complete report can be downloaded from Tapjoy’s website at tapjoy.com/MaximumImpact.

The report also reveals insightful data on the impact an offerwall has on application revenue. Aside from generating incremental ad-based revenue, offerwalls typically help publishers increase In-App Payment (IAP) revenue as well. Recent data from Tapjoy’s publisher network shows that in-app spend per user increased an average of 172 percent during the first week after their initial offerwall engagement. Tapjoy’s data also revealed that apps monetizing via rewarded video ads alone generate about half the revenue per unique ad viewer (ARPDUV) as apps that monetize through both videos and an offerwall combined.

Tapjoy’s Offerwall Plus features thousands of opt-in, rewarded advertisements from hundreds of leading brands and trusted partners, allowing app users to earn free virtual currency by engaging with the ads of their choice.