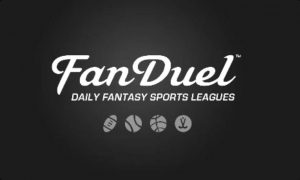 On Tuesday, the team at FanDuel briefed MMW on their new exclusive multiyear partnerships with 13 National Basketball Association franchises.

This latest news comes after the company announced an exclusive multiyear deal with the NBA late last year.

Through these team deals, FanDuel will have access to a range of marketing assets from in-arena digital signage and in-game promotions to digital, TV and radio advertising, among other branding initiatives.

“Partnering with these NBA organizations has been an incredible asset to FanDuel’s growth and business. NBA fans comprise a younger, mobile-centric demographic, looking for new ways to engage with their favorite sport, teams and athletes throughout the duration of the season, which is exactly what they get on FanDuel,” says Nigel Eccles, CEO of FanDuel. “We’re going to keep partnering with franchises that recognize FanDuel’s ability to keep fans in their seat with their eyes glued to every game because they have a player on their fantasy team that night.”