Shaking up what was expected to be a largely predictable kick-off to Mobile World Congress, Facebook and Samsung are turning heads this week with a new partnership that proves virtual reality makes for strange bedfellows. Pulling off an epic cameo during Samsung’s Galaxy S7 keynote was Facebook CEO Mark Zuckerberg. The social media impresario took …   Read More 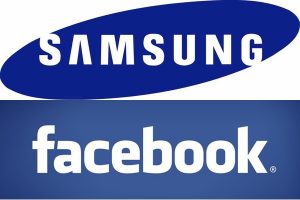 Shaking up what was expected to be a largely predictable kick-off to Mobile World Congress, Facebook and Samsung are turning heads this week with a new partnership that proves virtual reality makes for strange bedfellows.

Pulling off an epic cameo during Samsung’s Galaxy S7 keynote was Facebook CEO Mark Zuckerberg. The social media impresario took the stage to impress upon MWC attendees just how social virtual reality can be.

Zuckerberg’s timely arrival followed confirmation by Samsung that consumers who preorder or purchase a new Galaxy S7 or Galaxy S7 edge between February 23 and March 18 will receive free Gear VR .

“Pretty soon, we’re going to live in a world where everyone has the power to share and experience whole scenes, as if we’re there in person,” said Zuckerberg.

Facebook famously acquired Oculus two years ago for the staggering sum of $2 billion. Next month, the eagerly awaited Oculus Rift will begin shipping and immediately challenge other VR headsets in the marketplace, perhaps most notably Samsung’s Gear VR.

During his remarks, Zuckerberg revealed that FB will bring its dynamic streaming technology for 360 video to Gear VR.

“It’s a more efficient way of delivering 360 videos, showing only the pixels you’re actually looking at in the highest quality, instead of delivering the entire 360 video in high resolution,” reads a formal announcement posted to the FB newsroom moments after Zuckerberg’s surprise cameo concluded.

Although the Facebook founder did not dwell on it during his comments at the Samsung Galaxy Unpacked event, the social network subsequently confirmed in a statement to the media that Facebook is forming a Social VR team “focused entirely on exploring the future of social interaction in VR.”

“This team will explore how people can connect and share using today’s VR technology, as well as long-term possibilities as VR evolves into an increasingly important computing platform,” the announcement explains.

Facebook and Samsung may be two of the biggest names pushing the virtual reality industry forward today, but they are far from isolated in that endeavor. Virtual reality is everywhere in Barcelona this week, as a cadre of forward-thinking companies unveil products and services that lend further credence to the claim that the age of virtual reality has arrived.

With the latest industry projections calling for $4.7 billion in sales of virtual reality software by 2018, Airpush believes platforms like VirtualSKY will spur further interest in the young but flourishing VR market among both content creators and advertisers.

Prior to the launch of VirtualSky, Airpush says that there was no scalable monetization solution for VR developers to earn reliable revenue, and no way for advertisers to place ads within content.

By Mark Zuckerberg’s own admission, the demand for VR content and new immersive experiences is growing by the day — a development that is likely to become even more pronounced as more VR hardware makers get their technologies into the hands of consumers.

While Oculus Rift and Gear VR have largely stolen the show so far at MWC 2016, they’re not the only heavy-hitters in VR headsets taking the stage in Barcelona. On Sunday, HTC confirmed that its Vive virtual reality headset will be available for pre-orders February 29th ($799). According to company executives, Vive’s focus beyond gaming and entertainment will help bridge the gap between virtual reality and a plethora of other industries that have only flirted with VR until now.

“Ever since the first day HTC Vive was announced, we knew that it would be widely applied beyond the gaming and entertainment industries. HTC Vive now applies across a wide spectrum of sectors, such as healthcare, education, retail and automotive with this disruptive innovation, demonstrating the potential of a world without limits,” said Jack Tong, North Asia President at HTC, in remarks to the media Sunday.

More virtual reality-related announcements and product demonstrations are expected this week at Mobile World Congress, which runs through February 25th.