The following is an exclusive guest contributed post from Michelle and Richard Forsythe, founders of NoteStream. While it seems as if our smartphones have been around forever, they’re in fact just eight years old. Yes, they’ve already eclipsed desktop as a primary access point for the Internet and, yes, they’ve already created several billion-dollar companies. …   Read More 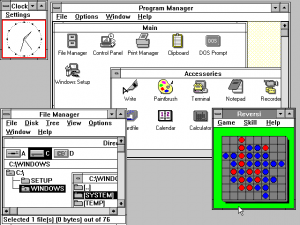 The following is an exclusive guest contributed post from Michelle and Richard Forsythe, founders of NoteStream.

While it seems as if our smartphones have been around forever, they’re in fact just eight years old. Yes, they’ve already eclipsed desktop as a primary access point for the Internet and, yes, they’ve already created several billion-dollar companies. But the IBM PC hit its eighth birthday in 1989, nearly a year before the milestone Windows 3.0 came out.

In other words, the mobile revolution has a long way to go before it is fully immersed in the global economy. This white paper discusses the unrealized potential for mobile marketing and the ways that mobile is shifting the nature of engagement between brands and fans.

As with most technology revolutions, early mobile advertising mirrored the successful web-advertising model: banner ads. Of course, it didn’t take too long for people to work out that the diminished real estate of a mobile screen made banner ads more bothersome than effective. Since then, many other formats have been tried, including native and interstitial formats to make better use of the smaller screen sizes.

But the challenge with any new technology is that it changes what is possible. In the case of the mobile phone, what is newly possible is to capture the power of proximity. Not just physical proximity, but environmental and temporal proximity too. A few examples:

In each case, the confluence of activities and information in a single device make it possible to reach consumers on a micro-targeted basis, in exactly the right context to be receptive to a given product or service.

The one area that so far has lagged in the evolution of mobile is that of intellectual engagement. Subjective and objective measures regularly demonstrate that reading on mobile (and on the web) is declining; articles are getting shorter and information is being summarized. The intellectual engagement that comes with consuming a longer article, thinking about the points raised, perhaps entering into a dialog with others about that topic, has been noticed as missing on mobile and is presumed dead.

But suppose for a moment that were not the case. What kinds of proximate advertising would be opened up if you could engage with someone who had just learned about the NASA technologies used in space missions (perhaps to Mars?). Or who had just finished reading an interview with the brewmaster of an up-and-coming microbrewery? Or had just been inspired by the efforts of an organization that helps children recover from abuse or neglect?

These situations create the exact moments when the reader would be receptive of, even appreciative of, a carefully presented opportunity to engage more deeply with a vendor in that arena. Someone who had just read about NASA technologies and the possibilities of exploring Mars might be interesting in purchasing a VIP package for the upcoming launch of a major movie involving a mission to Mars. Similarly, people getting to know the founder of a microbrewery would be prime candidates for joining that brewer’s aficionado club. This is the opportunity that is “newly possible” today.

The picture being drawn here still has three missing pieces however. Mobile technology might be able to precisely target the moment, but how to use the moment to drive action? This is where three other components are only now coalescing to achieve real success.

The Right Kind of Action

Until now, the desired action has often been one that is framed from a web-based perspective: visit the website to buy the product. This is understandable because the digital marketing trajectory since year 2000 has been to put the web page at the core of the digital brand identity. Even Facebook, Twitter and other social media platforms, which all require a brand to establish a presence outside their website, have until recently been seen as an adjunct to, rather than replacement of, the core web site.

Would mobile achieve dramatically higher results if the desired action was “buy the product” without visiting the website? One hint: in 2014, people spent about $15B in the Apple app store (including in-app purchases), a growth of 50 percent over 2013. Note that app store spending is exclusively on features related to apps: this figure does not include money spent when someone buys a product using the eBay app, for example.

In support of this, much recent research points to the fact that mobile users prefer using apps whenever possible instead of the mobile web, making a user’s transition from app to branded web site clunky at best. On the other hand, until recently, the ability to provide a clean transition for users between apps was also very awkward, inherently limiting the success of mobile advertising.

The issues found in app-to-app digital marketing are only now being addressed by the various powers of the mobile world:

In summary, the underlying platforms are now only just tackling the problems faced by digital marketers that recognize the need for an app-to-app call-to-action. Meanwhile, the social media platforms are leading the way in delivering a viable vehicle to advertisers, with the caveat that the engagement provided by these platforms is not based on deep mental engagement.

As mentioned earlier, the App Store is a huge success. Why? When an individual selects “buy” on an in-app purchase, he or she doesn’t need to log in to another site or type a credit card number into a tiny box over and over again; the phone “knows” the individual. As the original credit cards started proving in 1950, low-friction payment methods dramatically increase spending. What is the low-friction payment method for the next decade? Answer: Apple Pay.

This is a big deal because payment is a problem for all but the largest vendors. Certainly Amazon, for example, already has everyone’s credit card information and can process payments easily both in-app and from their website. But smaller organizations typically do not have payment information for most of their potential customers. On the web, this wasn’t such an issue because it is fairly easy for a consumer to enter their credit card information when needed (and the browsers typically pre-fill this information too). With the small screens and tiny keyboards found on mobile, this process is often a deal killer.

Thus the potential for in-app actions supported by Apple Pay has been very much overlooked in the excitement of using an iPhone to pay at a checkout line at a grocery store. What Apple Pay is doing is creating a critical mass of users that can pay for things in-app without the burden of creating a credit profile with each app vendor. It essentially paves the way for in-app purchases with just a 3% commission (although Apple will still demand its 30% “In App Purchase” commission for purchases that “enhance the app” itself).

Android users have a more confusing landscape, with both Android Pay and Samsung Pay to choose from, each with different features and supported credit card providers. Meanwhile, nonprofits have the potential to use text-to-donate services that are available at competitive rates; these are inexpensive money transfer options based on a $5 or $10 donation.

Who Needs An App?

The last issue that needs to be addressed is the extent to which everyone needs an app. To some extent, the answer is speculation because the industry is still evolving rapidly, but the answer is likely to be this: yes, every organization needs an app, but no, not every organization needs its own app. The fact is, getting users to download and use apps is quite challenging. Getting them to download and use an app from every entity that they buy from is surely unrealistic. Yet consumers, especially younger, more digitally minded consumers, are keen to build a digital relationship with their favorite brands. The answer to the paradox is better use of platform apps, including, but not limited to, Facebook. Thus, while Facebook is the platform app for building a relationship based on “happenings,” other platform apps will become prevalent for relationships based on other dimensions. Yelp, for example, springs to mind as a platform app oriented around “places.”

With a moment’s thought, this actually makes sense. Brands are already familiar with multi-channel marketing: TV, print, email and other channels all have different characteristics and reach people in different ways. Within the context of mobile marketing, it seems reasonable that there be different channels too, none of which require the brand to develop their own app: Pinterest is picture oriented, Yelp is location oriented, and so on. What is still lacking is a platform that is suitable for engaging mobile consumers in an intellectual fashion. And that is just the void the NoteStream mobile learning app is tackling.

The mobile platform itself is just eight years old, and many elements of its evolution are only now becoming established. While popular social media apps like Facebook are already engaging millions of users with “social news,” there are still areas where no app is engaging with mobile consumers. One such area is for longer form content, a channel of engagement that remains vitally important for establishing and maintaining deeper connections between brands and fans.

For this reason, most brands and content creators remain web-centric, despite the steady move of consumers from web to mobile. When an app emerges that can engage mobile users in an intellectual fashion, however, it will unlock a totally new and significant digital media channel for advertisers and marketers, also hastening the switch from web-centric to app-centric content delivery.

By combining the power of intellectual engagement with in-app calls-to-action and using Apple Pay to reduce the friction of the transaction itself, brands will be able to achieve measurable ROI without the need to develop, maintain and market their own app.

NoteStream’s vision here is simple, yet sits on the cusp of several trends that are just emerging.

Samsung Shows Off 'Life Changing' Innovations at CES 2016
Next