TV is quite literally following us everywhere we go. Ericsson’s eighth ConsumerLab TV and Media Report detailed how we are moving away from traditional TV watching while still being loyal to its formats. Included in their findings was that an increasing number of people are... 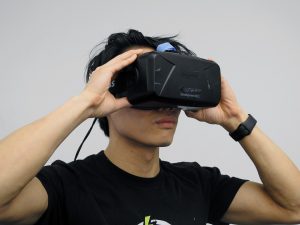 TV is quite literally following us everywhere we go. Ericsson’s eighth ConsumerLab TV and Media Report detailed how we are moving away from traditional TV watching while still being loyal to its formats. Included in their findings was that an increasing number of people are following the trend towards mobile, that virtual reality is here to stay, and that on-demand remains in the ascendant

Ericsson states in its report that consumers are watching more TV and video than ever, at a record 30 hours per week, including on-demand, recorded or downloaded content, and traditional linear television. Close to 60 per cent of consumers have a preference for on-demand, as opposed to scheduled linear viewing. The number of on-demand services consumed by the typical viewer has risen by 2.2 to 3.8 within the last seven years. Further, 40 per cent of viewers said that they are paying for on-demand television, with 32 per cent intending to invest more in on-demand over the next 12 months.

This shift is very clear among 16-19-year-old group, who are spending 33 hours per week viewing content, the highest over any other age group. The report also explains that over 50 per cent of this age group consumes content on-demand and over 60 per cent of these viewing hours are on mobile devices.​

Where there is entertainment, there is mobile

Mobile devices are also replacing other forms of what was once home entertainment. The music industry has been transformed with streaming services, such as Spotify and Pandora, offering a vast selection of music. The latest challenger to the throne is Apple Music. Thanks to its free trial strategy, it has pushed ahead of its competition, in terms of unique users at least, and on mobile, in particular. Mobile devices are also popular in online gaming. Consumers feel safer when comparison sites such as Casino Quest recommend online gaming companies, with an option to watch the video on playing for real money at the casino. That provides additional comfort to those who enjoy the thrill of spinning a roulette wheel, pulling the lever on their favourite slot machine, or buying gems and credits for games such as Clash of Clans.

While viewing hours are on the rise, that is also the case with time spent on searching for content. The average amount of time invested in searching for content has risen close to 60 minutes per day, 13 per cent higher than 2016. Further, 6 in every 10 consumers have come to regard content discovery as a significant factor when choosing to subscribe to a new service, with 70 per cent wanting universal search for all TV and video content.

Consumers will likely continue their support of VR, with an estimated one third to be using the technology by 2020. Challenges remain however. The cost of a headset is a bone of contention for 55 per cent of consumers, with over 50 per cent asking for greater choice in immersive content. A third of those surveyed expressed interest in a VR bundle from TV and providers.