eMarketer Explains Why Why Consumers Get Email Fatigue

Email marketing still works, but it only seems to work when it’s not abused. That’s the key takeaway in a new report from eMarketer. As to be expected, research shows that internet users are the most likely to unsubscribe from email lists because they get... 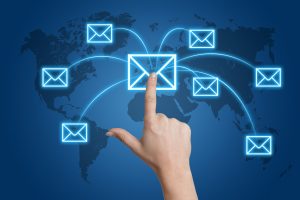 Email marketing still works, but it only seems to work when it’s not abused. That’s the key takeaway in a new report from eMarketer.

The question then remains how many emails is too many. According to an August 2016 survey from  Mapp Digital Internet users said that receiving emails twice per week was the preferable amount, while the second most popular response was receiving emails only once per month.

It’s not only the email frequency, but also the content of the email that swayed consumers answers. if an email was irrelevant to users, if it’s constantly pushing a sales message, or if the content of the email is boring or repetitive one in five users said they would unsubscribe. And apparently emails aren’t that useful to users in the first place. According to October 2016 research from Fluent LLC, only 15% of email users said they find marketing emails “often” or “always” useful, 29% said they were sometimes useful, and more than half (57%) said they were “rarely” or “never” useful.

eMarketer analyst Jillian Ryan explains, Maintaining a high level of list health and subscriber quality, as well as including relevant, personalized messaging, can combat some of these (email marketing) concerns.”

Ad Fraud Is Growing And Singapore Is Most Targeted
Previous

mHealth News: The Headlines You Might Have Missed
Next