Eight is Not Enough: Worldwide Wearable Device Market Sees Another Quarter of Growth

After eight consecutive quarters of growth, there’s no apparently slow-down in sight for the rapid global expansion of the wearables market. According to new data from IDC’s Worldwide Quarterly Wearable Device Tracker, vendors shipped a total of 11.4 million wearables in the first quarter of 2015, a 200% increase from the 3.8 million wearables shipped …   Read More 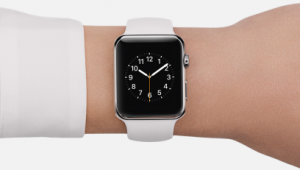 After eight consecutive quarters of growth, there’s no apparently slow-down in sight for the rapid global expansion of the wearables market.

“Bucking the post-holiday decline normally associated with the first quarter is a strong sign for the wearables market,” said Ramon Llamas, research manager for Wearables. “It demonstrates growing end-user interest and the vendors’ ability to deliver a diversity of devices and experiences. In addition, demand from emerging markets is on the rise and vendors are eager to meet these new opportunities.

“What remains to be seen is how Apple’s arrival will change the landscape,” added Llamas. “The Apple Watch will likely become the device that other wearables will be measured against, fairly or not. This will force the competition to up their game in order to stay on the leading edge of the market.”

Virtual Piggybank? Amazon Makes Play for Kids' Allowances (So They Can Spend Them on Amazon)
Next