With big plans to keep on movin’ in the New Year, DUDE announced on its website this week its recent hire of William Ban, who joins the company as President and Chief Operating Officer. DUDE’s current Chief Operations Officer and co-Founder Sonya Lee will move... 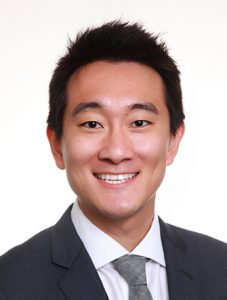 With big plans to keep on movin’ in the New Year, DUDE announced on its website this week its recent hire of William Ban, who joins the company as President and Chief Operating Officer. DUDE’s current Chief Operations Officer and co-Founder Sonya Lee will move into the Chief Product Officer role.

DUDE — a game changing mobile app (iOS & Android) for people who need to move stuff too big to fit in their cars — is disrupting the $16 billion (annual) self-servicing moving industry. With William aboard, DUDE is positioned to further dominate the “micro-move” market, which DUDE defines as one dude, one pickup truck, and all a dude can safety lift and transport within a 25-mile radius.

With vast experience in global business development and a unique understanding of emerging market opportunities in mobile and logistics, William Ban is a young executive on the move. And he’s poised to help DUDE go places in 2017 and beyond.

A graduate of the University of California at San Diego, William earned his MBA from INSEAD in France.

In its first year of operation, the company secured service agreements with Vietnam’s leading private and public construction companies for infrastructure projects valued over $400 million.

William subsequently joined the team at Airbnb, where he worked in business development in the Korea/Singapore region, navigating the nuances of a new industry and mastering the skills needed to strategize and execute in the emerging shared economy space.

Most recently, William served as General Manager of GoGoVan in Singapore, where he led GoGoVan through a period of tremendous growth, establishing the Asian startup as an innovator in urban transport that empowers people and businesses to move anything, anytime, all from the convenience of their mobile devices.

A seasoned business leader with a shared passion for leveraging technology to move people to a better place, William is looking forward to new opportunities and driving DUDE in the right direction.

“It’s very rare you find somebody who has the experience you need, when the company you are trying to start is blazing a new business model trail,” says Jared Reitzin, co-founder and co-CEO of DUDE. “Add to that a strategic mind set, the ability to execute with limited resources, and the leadership skills necessary to scale an ambitious company, and William is the perfect choice.”

“Besides the fact that he spent the last two and a half years building a company (Gogovan), which is almost the same model as DUDE, I knew from the first day I met him we were going to be working together, I just didn’t realize it would happened so quickly,” Reitzin adds. “We are incredibly excited to have him on board, looking forward to his guidance in helping us reach our ultimate goal of ‘Moving people to a better place.’”

“Leading the charge of logistics innovation, especially in Asia where the lack of basic infrastructure poses extremely complicated problems, forces you to be very creative and resourceful,” says Ban. “I’m thrilled to be joining forces with Jared, Jacob and Sonya to apply my learnings back in my home country. I was blown away by the incredible technology they’ve built in a short time, but more importantly, the amazing culture throughout the entire team.”

Ban adds: “I believe ‘micro moves’ is just the tip of the iceberg; with our technology and relentless drive to succeed, we’re poised to disrupt more than the self-service moving industry – we want to redefine how people and businesses move period. I believe 2017 is going to be an exciting year for DUDE and can’t wait to move you to a better place!”

Dude I Need a Truck is a mobile focused service and app that offers “reliable local movers for short hauls on an on-call basis.”