DataVisor Aims to Revolutionize Fraud Detection in the Mobile Age

On Monday, DataVisor announced the general availability of the DataVisor User Analytics Service, a solution that “catches fraudulent user accounts at incubation stages” for consumer-facing online services. The new offering, powered by DataVisor’s big data analytics, discovers new, unknown attacks in the wild without relying on any prior knowledge of attacks. According to details shared …   Read More 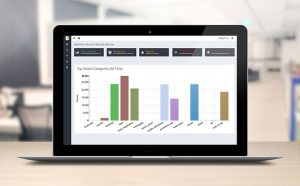 The new offering, powered by DataVisor’s big data analytics, discovers new, unknown attacks in the wild without relying on any prior knowledge of attacks.

According to details shared with MMW, DataVisor’s new approach is drastically different from existing online fraud solutions that use rules or trained machine learning models to examine events or users individually. Such traditional solutions all suffer a serious limitation in that they rely on examples of known attack patterns, which are often difficult to obtain in a timely fashion and can only detect fraud reactively when an attack is already under way.

DataVisor is the first to successfully apply unsupervised analytics to detect cyberattack campaigns. Modern attacks often involve armies of malicious accounts that work in a coordinated way. DataVisor detects these attacks by identifying the subtle, aggregated patterns of organized crime rings, even when they are at incubation stages and haven’t yet exhibited malicious behavior at the individual user level. As a result, DataVisor raises the bar by detecting bad actors hiding within an online service before they launch an attack, greatly reducing the amount of damage incurred.

“User acquisition is the epicenter of most mobile game companies, yet a sizable number of installs may be fraudulent. Fortunately, DataVisor provides microscopic visibility into user behaviors to catch fraudulent users, ensuring healthy mobile marketing campaigns and maximizing our ROI on mobile spends,” said Mark Zhang, CTO and senior vice president at IGG.

INFOGRAPHIC: Aspirations for Mobile Marketing in 2016
Next