Could Skyrocketing IoT Spending Produce Revenues Greater than GDPs of Many Small Countries?

Could escalating Internet of Things (IoT) spending produce revenues bigger than the GDPs of many small countries? A recent International Data Corporation (IDC) report suggests it’s true. According to its new research, the global IoT market will grow from $655.8 billion in 2014 to $1.7 trillion in 2020 with a compound annual growth rate (CAGR) …   Read More 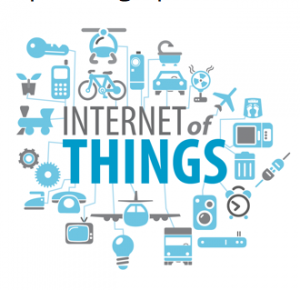 Could escalating Internet of Things (IoT) spending produce revenues bigger than the GDPs of many small countries?

“Devices, connectivity, and IT services will make up the majority of the IoT market in 2020,” notes the IDC research. “Together, they are estimated to account for over two-thirds of the worldwide IoT market in 2020, with devices (modules/sensors) alone representing 31.8 percent of the total. By 2020, IDC expects that IoT purpose-built platforms, application software, and “as a service” offerings will capture a larger percentage of revenue.”

Its IoT “Spending Guide” surveys 25 of the fastest growing IoT use cases in 11 vertical industries, including consumer, retail, healthcare, government, manufacturing, transportation, and other industries, as well as IoT opportunities across the technology stack.

“While wearable devices are the consumer face of the Internet of Things, and where recognition of IoT appears to begin, the real opportunity remains in the enterprise and public sector markets,” said Vernon Turner, senior vice president and research fellow (IoT), Enterprise Systems. “The ripple effect of IoT is driving traditional business models from IT-enabled business processes to IT-enabled services and finally to IT-enabled products, which is beginning to disrupt the IT status quo.”