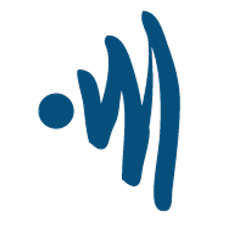 Get ready for Mobiquity Entertainment Network, coming from Mobiquity Networks, the largest network of retail mall-based mobile advertising beacons in the U.S.

“The Mobiquity Entertainment Network provides an entirely new avenue for movie studios and entertainment companies to engage with fans via mobile, linking digital screens to offline activity,” a statement provided to MMW reads.

The network will leverage the locations via beacon technology to trigger entertainment and movie fan app engagement and to accurately assess advertising campaign attribution.

“Both the beacon network and ad campaigns are managed by Mobiquity’s proprietary proximity marketing platform, and app engagements are executed through Mobiquity Networks’ mobile app publisher network, which includes movie-fan apps such as Moviefone and movietickets.com,” according to the emailed statement.

“Theater owners are able to utilize the network to improve and expand the in-theater experience. The network also allows in-theater advertising partners, such as Screenvision, to extend their captive audience engagement beyond the big screen and into retail environments.”

Soon, beacons will be deployed in 300 theaters with more than 2,500 screens. The reach of the network is critical as well – coverage extends to more than 130 designated markets that represent roughly 89 percent of US households.

“Demographically, movie theaters are highly complementary to Mobiquity Networks’ existing retail mall network and we are excited to expand our footprint in the entertainment sector,” said Tom Arnost, Executive Chairman of Mobiquity Networks. “We are breaking new ground and creating a new and effective way for movie studios and entertainment companies to reach their biggest fans on a national level via mobile.”

“This offering delivers a highly targeted audience for the industry,” he added. “The 2,284 theaters in our footprint should represent as much as 80 percent of the total U.S. box office of $11 Billion. Reaching this audience creates the potential for significant incremental revenue for us.”

Telemarketing in Florida, Anyone?
Previous