CEO: Amazon is Coming for Literally Everyone

Ahead of the weekend, Amazon announced its willingness to tackle a new and unexpected challenge. The online everything company confirmed Friday a takeover of Whole Foods in an all-cash deal worth a staggering $13.7 Billion. Amazon, we’re told, is hoping to see the same success... 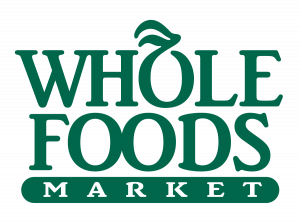 Ahead of the weekend, Amazon announced its willingness to tackle a new and unexpected challenge.

The online everything company confirmed Friday a takeover of Whole Foods in an all-cash deal worth a staggering $13.7 Billion.

Amazon, we’re told, is hoping to see the same success with food as it did with retail.

On Friday, Brent Franson, CEO of Euclid Analytics, a retail analytics provider, offered an interesting take on the news.

“Amazon has taken some guff from the Street over the years for reinvesting its profits back into the company,” he says. “But the flak it endured for setting up a ubiquitous Walmart-like warehouse presence across the country was unwarranted – the result is fast shipping and happy customers. With the addition of Whole Foods, we’re seeing an expansion on that same theme. The stores themselves will almost certainly function like mini or specialized fulfillment centers that resolve the supply chain problems Amazon faced with Amazon Fresh (e.g. the problems of perishable inventory and delivery service). After all, Whole Foods has the supply chain question completely nailed – and now Amazon has access to customers who may be open to home delivery.

“No loyalty, no problem,” the respected CEO goes on to note. “Unlike Safeway, Whole Foods shied away from a loyalty program – and as a result, Amazon won’t have access to a rich customer data set that comes with that. Guess what? They don’t care. If I’m Jeff Bezos, I’m going one step further and saying that’s a plus, not a minus. Why? First, I don’t need to modify, transition, or even shutter an existing loyalty program and annoy customers in the process.”

“Second – and this is pure speculation – I imagine there’s significant overlap between the people that shop at Whole Foods and those who are Prime members; at the very least, it’s probably higher than the number of Prime members who also routinely shop at Walmart or Safeway,” Brent adds. “This gives Amazon a great opportunity to give Prime members automatic entry in a new Whole Foods benefits program. Maybe offer the option to pay for groceries using the Amazon app, or sync your Alexa-made grocery list with your app while in-store. Voila! New app downloads and Alexa purchases en masse means now Amazon – which already understands its shoppers’ online habits – has visibility into what its members are doing offline. Talk about rich data.”

“The art of the deal,” he concludes. “Walmart acquired Bonobos for $300M today. That particular bit of industry noise was muted by the reverberations of Amazon’s sonic boom. Setting aside the cost, the two deals emphasize the differences between the companies. In Bonobos, Walmart acquired a symbolic retail disruptor – which in truth is not actually that disruptive. It feels similar to the Jet.com and Modcloth efforts – noteworthy in passing but not in a ‘sit up and take notice’ way. If Bonobos was another way for Walmart to say, ‘We’re making real moves in online retail,’ then today’s Whole Foods announcement was Amazon firing back with, ‘We’re going to own all of retail.’ One was a bold declarative; the other, a more delicate statement. Both companies are making inroads to capture more of the other’s traditional space: Amazon moving offline, Walmart going online. But the former is getting there much more quickly and rightly earning kudos for both strategic and effective acquisitions.”

To read Brent’s complete take on the matter, click here.