This week, BIA/Kelsey released a new report that points to significant expansion of local mobile ad spend this year and for as far as the advertiser’s eye can see. Local advertising on mobile devices sold by pure-play mobile providers will rise this year to $19... 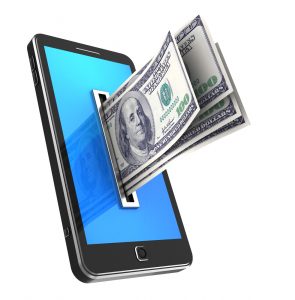 This week, BIA/Kelsey released a new report that points to significant expansion of local mobile ad spend this year and for as far as the advertiser’s eye can see.

Per the findings shared with MMW in an emailed statement, an additional $3.1 billion in mobile advertising is being sold by traditional media companies (i.e., radio, television and newspapers) in 2018.

With increasing consumer and SMB adoption and its ability to reach targeted audiences, the mobile/social category will be the third largest ad platform in 2018, behind direct mail and local television. Of the overall $151.2 billon estimated U.S. local advertising spending for the year, pure-play mobile will represent 12.6 percent of the local advertising spend and is on a pace to reach 19.2 percent, and the second top spot, by 2022.

“We are very positive about local advertising on mobile devices to increase significantly in the next decade. As mobile continues to mature, national and small business advertisers see its effectiveness and ability as an all-encompassing platform to reach their audiences,” said Mark Fratrik, chief economist and SVP at BIA/Kelsey. “Mobile has become a preferred platform for the advertising dollar because of its ability to capture audiences of all ages based precisely on where they are and what they are doing, at any given moment.”

To learn more, check out the full report here.

Tech Advertising Is Actually to Change More This Year
Next