Brand Finance is out with a new report detailing the current situations for a multitude of major brands. Key takeaways include the fact that Disney is currently the world’s most powerful brand, thanks to the amazing success of Star Wars. Apple, despite sluggish sales, is still the world’s most valuable brand (now valued at $145.9 …   Read More 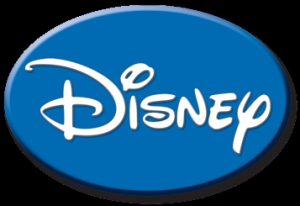 Brand Finance is out with a new report detailing the current situations for a multitude of major brands.

Key takeaways include the fact that Disney is currently the world’s most powerful brand, thanks to the amazing success of Star Wars. Apple, despite sluggish sales, is still the world’s most valuable brand (now valued at $145.9 billion).

But VW? The Volkswagen brand is in the dumpster, fallen by $12 billion after its foolhardy and illegal emissions activity. Interestingly, four of the 10 fastest growing brands are Chinese.

This information comes from leading brand valuation and strategy consultancy Brand Finance, which every year puts thousands of the world’s top brands to the test.

“Brands are evaluated to determine which are the most powerful (based on factors such familiarity, loyalty, promotion, marketing investment, staff satisfaction and corporate reputation) and which are most valuable and ranked in the Brand Finance Global 500,” notes the firm.

Stars Wars is the big story: inside theaters and out.

“Disney is the world’s most powerful brand. Disney’s strength is founded on its rich history and original creations, however its now dominant position is the result of its many acquisitions and the powerful brands it has brought under its control. ESPN, Pixar, The Muppets and Marvel are all now Disney owned, but perhaps its most important acquisition of all has been Lucasfilm, and thus Star Wars,” according to Brand Finance.

In other revealing news, though Lego remains a popular brand, its star is fading.

“Lego has lost its position at the top of the table,” notes the report. “Though it remains a very powerful brand and retains its AAA+ brand rating, the Danish company has been beset by a series of controversies of late which threaten to affect its wholesome image. It has been fined by German regulators for attempting to prevent retailers from discounting its products. It was also accused of colluding in censorship for trying to prevent dissident Chinese artist Ai Wei Wei from using Lego in his work. Lego has since reversed its policy of restricting purchases to be used for political ends following widespread condemnation (including from Ai Wei Wei himself).”

And what about China’s “Fantastic Four?”

And poor Volkswagen — though the company is to blame for its brand blemishes. VW’s brand value plummeted so much its rank went from 17th to a lowly 56th on the charts.

“Volkswagen is also amongst this year’s worst performing brands,” notes Brand Finance. “This may come as little surprise given the scale of the scandal that has engulfed the brand, following revelations that it programmed its diesel vehicles to activate their optimal emission-reduction settings only when being tested and that, driven under normal conditions, they would emit up to 40 times the more nitrogen oxide. In December Brand Finance estimated that VW may see brand value fall by as much as $10 billion.”

The entire report is enlightening and engaging — click to see it here.

The IoT Industry is Looking Healthy
Next