Blockchain Can Fix Ad Tech: Here is How it Can Address Fraud

The following is a guest contributed post by Rebecca Lerner, Executive Vice President at MAD Network The advertising technology industry is broken, at least in its current form. That’s not breaking news. Despite constant calls for transparency from brands, tech solutions continually stay the course,... 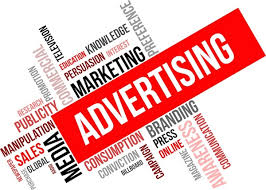 The following is a guest contributed post by Rebecca Lerner, Executive Vice President at MAD Network

The advertising technology industry is broken, at least in its current form. That’s not breaking news.

Despite constant calls for transparency from brands, tech solutions continually stay the course, ignoring safety issues that affect advertisers as well as consumers. The desperate rush to collect as much data as possible has blinded adtech to the purposes behind these placements to begin with: creating something that connects with consumers.

Procter & Gamble has been one of the biggest brands to pull the plug, and its $200 million cut in digital ad spend has reportedly yielded a 10-percent increase in results — all by taking its operations in-house. Unilever’s pondering similar actions, as are other large brands. Adtech is starting down a crisis of its own creation. Unless it chooses to evolve.

But evolution can’t just be shining a light on fraud and transparency issues at this point. We’re too far down the road from where the industry should be. It’s time for the whole operation to be scrapped.

Where does it go from here, though? Ends up some brands are already exploring those possibilities for themselves.

Who’s actively looking for what’s next?

AT&T and Bayer are two companies looking toward blockchain technology to fix what ails digital advertising, at least for their own respective businesses. For programmatic advertisers, it’s always been a priority to know where money and placements are going, and how ads are measured. Yet, the industry currently fails to address those concerns effectively. If implemented correctly, blockchain initiatives can clear up many of those transparency concerns by reinventing the digital advertising ecosystem with privacy by design.

A brand like AT&T seems willing to do just that, though. One of the country’s largest advertisers, AT&T has an invested interest in protecting data and knowing where its money goes. The company has taken steps to improve its place in digital advertising in the last year, not only by looking into blockchain, but also by completely pulling out of YouTube due to brand safety concerns. That was last March. They’re still not back.

But is avoiding platforms like YouTube, or applying blockchain to the current industry norms a long-term fix, or just a short-term stop-gap ignoring the industry’s largest issues with fraud?

Customer data’s under the microscope right now with the European Union’s General Data Protection Regulation (GDPR) soon taking effect. The industry at-large has collected data without permission for a long time, and now suddenly, the threat of fines from the GDPR is going to deter them?

Why would actors that created the current paradigm be all that willing — or capable — of ushering in a new one that doesn’t find ways to step outside the lines once more?

This is where blockchain could work — not just as a solution for adtech’s woes, but as a hard reset for an industry that desperately needs a course-correction from outside of its current confines.

Blockchain represents a new way of transacting. So many platforms seem to be slapping a blockchain on the existing insecure workflows. And that’s a start, but what the industry needs right now is actual innovation — not just another “ad tax” to point out bad behavior. There is no proof that will reduce costs or fraud.

What the decentralized nature of blockchain represents is a true technology solution, not simply a new kind of plumbing behind an advertising face.

The supply chain is clearer within a shared ledger. Advertisers would see exactly which vendors are involved in transactions, and there would be no unnecessary middlemen added to the process. Transparency would be at the center of this infrastructure. There would no longer be questions about where ads are placed, where money is spent, or most importantly, where data is going.

Protecting customer data is essential to any ad tech fix, and it’s also where blockchain is at is most useful. With blockchain, companies can both collect data and respect privacy all at once. Customers can opt into sharing data and receiving targeted advertising, without giving up physical possession of their information. It’s privacy by design, and a convenient side effect for both regulators and companies.

As pressure mounts for digital advertising to repair itself, the industry’s leaders must look to a fundamental change, versus the light fixes that treat the symptom of the problem instead of the problem itself. Blockchain can usher in a new dynamic for digital advertising that prioritizes transparency and combats fraud, but only if implemented as a solution to the underlying problems. Some might say the industry’s survival demands as much. Hopefully its actors are willing to see the long-term benefit now, while they still can.