BIA/Kelsey: 77.6% of Small Businesses Use Social Media for Marketing

For the third consecutive year, social media is the top marketing channel used by small and medium-sized businesses (SMBs). That’s the standout finding from BIA/Kelsey in the firm’s latest Local Commerce Monitor survey of SMB advertisers. Among 1,000 SMBs surveyed, we’re told that more than... 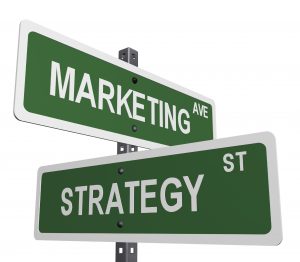 For the third consecutive year, social media is the top marketing channel used by small and medium-sized businesses (SMBs).

Among 1,000 SMBs surveyed, we’re told that more than three-quarters (77.6 percent — up from 73.2 last year) say they use social media to promote their businesses.

“SMBs are sophisticated in their use of social media as key way to target and continue conversations with customers.  They have moved beyond social presence to social ads and video,” said Celine Matthiessen, VP of Analysis and Insights at BIA/Kelsey. “Video on social is becoming more popular and our SMBs see the highest ROI of social channels from Snapchat and Video on Facebook and Twitter.”

As social media has become its own ecosystem, BIA/Kelsey’s LCM survey measures usage of 14 different social media platforms, including four within Facebook and three within Twitter. SMB Facebook pages continue to dominate as the most popular social channel used by SMBs. However newer social entrants are growing quickly, especially Snapchat.

BIA/Kelsey analysts will present data from LCM 20 to attendees of BIA/Kelsey NEXT: The Future of Local Digital Advertising and Marketing, which takes place December 5-7, 2016, in Boston.

Millennials Might Pay Via Mobile More, If Security Was More Dependable
Previous