Aussies Grooving on Ad Blockers: A Million Australians Saying No to Digital Ads

“At least one million Australians, or one in 13 internet users, don’t see advertising on the web thanks to the use of ad blocking technology, a fast-growing trend soon likely to cause havoc for the online publishing industry.” So begins a recent Sydney Morning Herald story documenting that ad blocking software is becoming mainstream and …   Read More 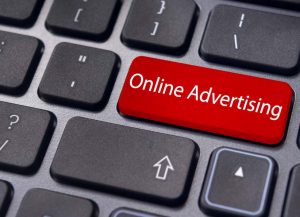 “At least one million Australians, or one in 13 internet users, don’t see advertising on the web thanks to the use of ad blocking technology, a fast-growing trend soon likely to cause havoc for the online publishing industry.”

While many ads from Google, Apple, and Microsoft remain untouchable (due to special deals with platforms and websites — i.e., they pay Ad Blocker to unblock their ads), it could hurt many companies, from major brands to smaller concerns, especially small and medium sized businesses.

“Ad blockers are small pieces of software that do pretty much what their name implies: they block display ads on the web, making for a cleaner and faster web browsing experience,” notes the Herald. “For a long time they have been solely the province of early-adopters. But they are increasingly being used by average users, with very serious implications for web commerce.”

More than a million Australians are active users of Adblock Plus (ABP), the most popular technology on the market, according to recent stats. There are about 13 million internet users in Australia.

“When this amount of people vote with their mice to avoid bad ads, it’s clearly a wake-up call to the industry,” said ABP’s German-based spokesman Ben Williams.

“It’s good for the Internet, because it’s an innovative force that will lead us out of the broken online advertising scene,” he said. “Newspapers have unfortunately suffered ever since the bottom fell out on advertising online. This led to more ads that were more aggressive and intrusive, and this in turn has driven the growth of Adblock Plus.”

Here’s What Happened in Mobile Marketing This Week
Previous

Can You Buy Influence? Yes, Say Marketers Who Pair Up with People for Content creation, Promotion
Next