When it comes to the most American things about America, it’s difficult to overlook this wildly popular product. In fact, last year alone, 122 million Americans consumed some form of meat snack. Today, it’s a multi-billion-dollar industry. With consumption on the rise and a flood... 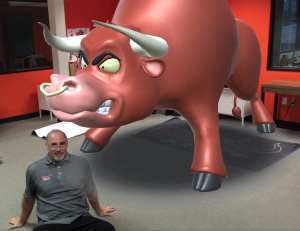 When it comes to the most American things about America, it’s difficult to overlook this wildly popular product. In fact, last year alone, 122 million Americans consumed some form of meat snack. Today, it’s a multi-billion-dollar industry.

With consumption on the rise and a flood of pioneering contenders clamoring for their piece of this deliciously profitable industry, it’s exceedingly difficult for a newcomer in the beef jerky market to stand out from the pack.

Of course, there are exceptions to every rule. And in the booming business of beefy goodness, Gnarly Jerky is that exception.

For starters, as anyone who has sampled Gnarly Jerky will voluntarily attest, the product is simply fierce — so good, in fact, that it’s almost impossible for even a veteran foodie scribe to review it without sounding like a giddy fanboy.

Unfortunately, lots of great products never capture precious and ridiculously expensive shelf space at Walmart, Target, or even your small-town grocer. Why? A lack of marketing savvy and, and thus, marketing impact to land a brand on the map.

To make their impact, the Gnarly team turned their attention to augmented reality — a pursuit where all roads led to Augmently.

A white-hot “augmented realism agency” on the forefront of all things AR, Los Angeles, California-based Augmently is helping brands figure out the right way to use augmented reality across the mobile landscape. And they’ve worked their magic once again for Gnarly.

In recent weeks, Augmently fashioned a plan of action for how the young jerky geniuses can cut through the clutter of meaty competition.

Helping Gnarly Jerky is Augmently’s reputation for working only with brands of superior pedigree and quality. According to the folks at Augmently, the company was so “blown away” by the tasty goods offered by Gnarly that this initial product confidence prompted Augmently to want to do something special with the startup jerky brand.

And they’ve now done exactly that.

Ahead of the Gnarly’s participation in this year’s National Coalition of Associations of Seven Eleven Franchisees (NCASEF), Augmently envisioned a cutting-edge product experience in their booth that would prove the most memorable standout vendor to the thousands of attendees at the convention. At next week’s NCASEF convention, Augmently is poised to deliver on that objective.

Illustrating the company’s refreshingly innovative mind-set, Augmently’s augmented reality marketing and branding expertise are bringing to life an AR experience that extends well beyond Gnarly’s booth space. The end result is what could easily be christened the year’s most innovative AR branding and marketing effort to date.

Leveraging the company’s crazy cool bull mascot, Gnarly Jerky will showcase in their booth a free downloadable app that enables visitors to not only feed the bull any (or all) of the brand’s seven jerky flavors (and the bull responds differently to each, by the way), but also pose for a sharable selfie with a life-size 3D bull. The interactivity between the app and the AR-inducing print on the physical bags of beef jerky ensure a one-of-a-kind end-user marketing bonanza that even the biggest brands in the meat snacks biz will be forced to take note of (though the product itself, and not just the marketing behind it, should probably be what makes the big guys most nervous).

For a sneak peek at the campaign’s development, check out this exclusive first-look video shared with Mobile Marketing Watch.

According to Ziggy Kormandel, founder and CEO of Augmently, numerous clients have come to Augmently after first meeting with other AR companies that merely provided stylish demos and no substantive plan or strategy for implementing AR in their branding or marketing efforts.

Kormandel rejects the practice of leaving clients to fend for themselves and fumble a golden opportunity to harness augmented reality for memorable marketing, not just momentary eye candy.

“We solve problems that most AR companies can’t,” Kormandel tells MMW, noting that Augmently’s team prides itself on having twenty-five years of technology, branding, and marketing experience. “We know how to come up with campaigns that deliver ROI and drive lasting brand engagement.”

Gnarly Jerky’s tangible enthusiasm about what they’ve seen from Augmently lends to the credibility of Kormandel’s claims.

“Working with Augmently has been a tremendous experience,” reads a statement from Gnarly Jerky, which recently signed on as an official sponsor of the Rose Bowl Champion USC Trojans.  “We have learned so much about the power of augmented reality for branding and consumer engagement. I’m confident our partnership with Augmently will be a long standing one. All of us at Gnarly are really excited to see the campaign reactions from our retailers and, more importantly, their consumers.”

Those privy to an early look at the Gnarly Jerky AR campaign believe the startup may soon find itself squarely in the center of the awesome gaze of the food, tech, and marketing worlds. Remarkably, the buzz surrounding this Augmently-designed AR campaign has already managed to attract a broad swath of interest across a myriad of industries.

Not bad for beef jerky. Not bad at all.

All told, however, Gnarly Jerky is just the latest successful case study for cutting-edge AR marketing — a case study that may serve to educate other businesses on why they should use AR for their brand (and not just because it’s cool to do what Pokémon did).

“Many marketers anticipate that technologies like augmented reality… will affect their business in the next 12 months, more so than a year prior,” a June 2017 eMarketer report notes, citing data from marketing and advertising services firm NewBase. “Roughly a quarter (24%) of marketers worldwide said that AR will be a priority in 2017. Just 18% felt the same way in 2016.”

All it takes is one look at Gnarly Jerky’s AR bull to realize that the hype surrounding AR marketing isn’t steeped in B.S. For Augmently, a company now assisting global brands in developing groundbreaking campaigns via their patented AR technology, the rapid expansion of their business alone underscores the runaway growth potential and opportunity in augmented reality for branding and marketing across the industry.

While it’s only a matter of time before everyone piles into AR, for now, Gnarly Jerky and Augmently are raising the bar and setting a new standard for what should follow.

Rovio, MSQRD and Others Use A/B Testing For Pre-Launch App Marketing. Here is Why
Previous