Apple Ups Developer Device Limits to 500, with 100 Each for Five Devices (Even Apple TV)

Apple’s developer program just got an alteration. Now Apple, by which users were formerly granted Unique Device Identifiers (UDIDs) for up to 100 individual devices, will have a total limit of 500. The 500 figure represents 100 UDIDs on five Apple products: iPhone, iPad, iPod, Apple Watch, and Apple TV. The registrations allow developers to …   Read More 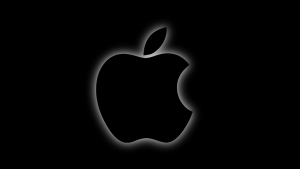 Now Apple, by which users were formerly granted Unique Device Identifiers (UDIDs) for up to 100 individual devices, will have a total limit of 500.

The registrations allow developers to qualify for test runs of Apple beta software as well as their own apps.

“A number of readers have highlighted the inclusion of Apple TV as a supported device, believing it points to third-party app development for the set-top box as had been rumored for launch at WWDC but was reportedly pushed back just weeks ago,” noted MacRumors this week. “The Apple TV has actually been a supported device for UDID registration for quite some time, and Apple has regularly offered developers betas of upcoming Apple TV software for testing.”

“As was the case previously, once a device is registered it counts toward the user’s limit for the remainder of the developer subscription year, preventing users from rapidly deleting and adding devices to game the system,” according to MacRumors.

Here’s What Happened in Mobile Marketing This Week
Previous

Brands Lagging Behind in the Massive Move to Mobile
Next