Early reports suggest that Apple’s new streaming music service has already attracted some 10 million subscribers. Although that’s a big base of early sign-ups, we have to remember the service is being offered for free during this introductory period. Nonetheless, the strong early growth must please the Cupertino, California-based tech behemoth. Sources in-the-know “have been …   Read More 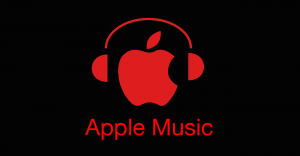 Although that’s a big base of early sign-ups, we have to remember the service is being offered for free during this introductory period.

Sources in-the-know “have been surprised by how many have signed up for the service during this initial free trial period,” reports Hits Daily Double.

Apple doesn’t make its streaming numbers public but is showing reports to those rights holders, who have been surprised by how big those figures already are.

Of course, it won’t be long before that 10 million base becomes much, much larger audience.

“A big marketing push for the service will kick off with a barrage of TV spots surrounding the MTV VMAs,” the report adds. “It stands to reason that the marketing blitz and word of mouth will jack those tryout numbers way up. How many will stay in after the trial period remains to be seen.”

Getting a Charge Out of Airports: Monster Media and Clear Channel Debut Interactive Kiosks in Chicago, Atlanta, Dallas
Previous