Apple wowed Wall Street on Monday in its fiscal Q2 earnings report. Beating analyst expectations by sizable margins, Apple posted quarterly revenue of $58 billion and quarterly net profit of $13.6 billion — $2.33 per diluted share. Just how much did Apple’s growth expand year-over-year in the same quarter? These results compare to revenue of …   Read More 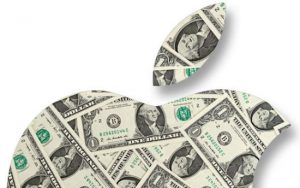 Just how much did Apple’s growth expand year-over-year in the same quarter?

“We are thrilled by the continued strength of iPhone, Mac and the App Store, which drove our best March quarter results ever,” said Tim Cook, Apple’s CEO. “We’re seeing a higher rate of people switching to iPhone than we’ve experienced in previous cycles, and we’re off to an exciting start to the June quarter with the launch of Apple Watch.”

Why So Much Marketing for Money-Management Apps? They Work, Say Consumers
Next